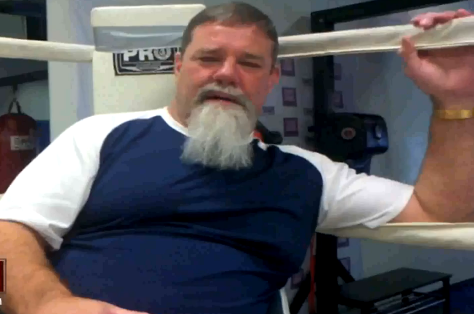 Over the past week Bobby Gunn was quoted as to saying he would openly challenge former UFC heavyweight Tank Abbot for the world heavyweight bareknuckle boxing championship, but Tank has been hesitant in responding.

Earlier this evening, Beal called Team Gunn, stating “We will not fight for less than $50,000. Tank Abbot is a legend, and Bobby Gunn isn’t a big enough name for us.”

“I think this is a pure indication that Tank Abbot doesn’t want this fight,” said Bobby Gunn. “Years ago he claimed to be one of the best street fighters, and now he has the chance to prove it by fighting for the world bareknuckle title.”

Currently Bobby Gunn and James Quinn are scheduled to fight for the world heavyweight bareknuckle boxing championship in February of 2012. This bout will feature two of the most revered bareknuckle fighters of our time, and will surely pave the road to a long and exciting future for bareknuckle boxing.

“Tank Abbott claims to be the best, and now he has a chance to fight for it,” said Gunn. “If he doesn’t step up than we know he didn’t want to add another loss to his record.”

“When we conduct business and setup a fight, it is as gentlemen, not as fighters,” said Gunn.  “In response to this, Abbott’s team was anything but gentlemanly; they want to live in the past when Abbott was a somebody.”

“The bottom line is that Tank overprices himself, and he doesn’t want a real fight,” said Gunn.  “The only champion he is nowadays is the champion of eating chili dogs and drinking beers.”