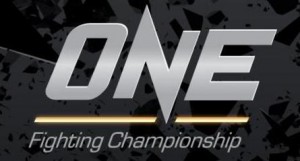 26 October, 2011 – Singapore: ONE Fighting Championship™ has signed mutually exclusive partnerships with most of the major Asian MMA promotions and MMA gyms in Asia as a part of its ONE Asia strategy to unify all the key players in the sport of MMA in Asia. The ONE Asia Partnership Network is the largest of its kind in MMA history in Asia.

ONE Fighting Championship™ has formed exclusive partnerships with the following organizations:

ONE Fighting Championship™ currently remains in confidential discussions with many of the other top Asian MMA promotions and MMA gyms across Asia. Additionally, ONE FC has added another 17 of Asia’s top MMA fighters to its roster. Further announcements will be made in the near future.

Victor Cui, CEO/Owner of ONE Fighting Championship, said, ”Our goal is to unify Asian MMA and to build the sport that we all love dearly. With today’s announcement, many of the top MMA organizations and gyms in Asia have joined hands. Given our current discussions with various parties, we will be announcing another 23 additional MMA organizations and gyms to the ONE FC Network in the coming days and weeks. These strong partnerships will help to accelerate the development of Asian fighters and the sport of MMA in the region. Asian fighters need platforms to gain invaluable experience and to showcase their skills to the world. If you are a ONE FC fighter, you will automatically be able to compete in the biggest MMA events across Asia within the ONE FC Network. If you are a sponsor, you will be able to leverage and target your sponsorship dollars across multiple platforms. If you are a fan, you will enjoy many more high quality MMA shows around Asia. Ultimately, as it continues to grow, the ONE FC Network will multiply in benefits for all parties involved.”

Additionally, ONE Fighting Championship is pleased to announce the dates and countries of its next 3 events: