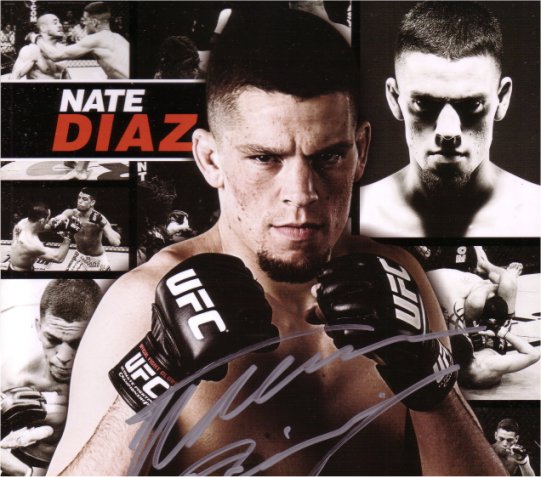 Josh Koscheck earned his “Knockout of the Night” award after dropping UFC legend Matt Hughes in the first round, and then rendering him unconscious with only a single tick left on the clock in the first round. With only a few seconds left, it appeared that Hughes may survive, but a flurry of short hammer fists ended the night, and possibly the career of Matt Hughes. In the post-fight interview, Hughes denied that he would retire, but UFC president Dana White believes that fans have seen the last of the welterweight legend.

Nate Diaz picked up his “Submission of the Night” award with an armbar victory over one of his idols in the sport, Takanori Gomi. Diaz used some slick transitions, going with an armbar before transitioning to a triangle attempt. Gomi defended, but there was no defense for the transition into the armbar that forced the tap.

The main event bout between Jon Jones and “Rampage” Jackson won “Fight of the Night” honors, despite it being a bit lopsided through the first three rounds. Jones used his reach, and a wide-ranging array of punches, elbows, and kicks that decimated the tight defense of Jackson throughout the first three rounds. Jackson struggled to overcome the length of Jones, and failed to get close enough to launch much of an attack of his own. In the fourth, Jones was able to slap on a fight-ending rear naked choke to successfully defend his UFC light heavyweight championship.