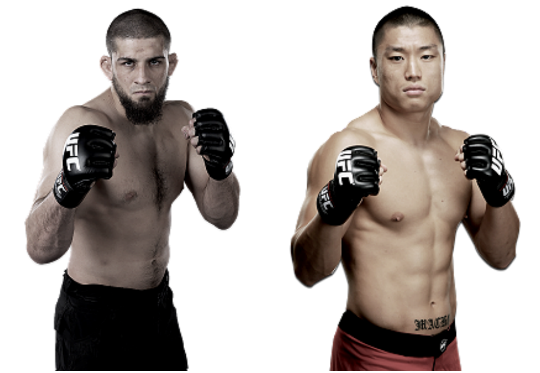 ProMMAnow.com (www.prommanow.com) continues our preview of the UFC Fight Night 25 main card by taking a look at the middleweight match-up between TUF 11 winner Court “The Crusher” McGee (13-1) and South Korean fighter Dongi “The Ox” Yang (10-1).

Wins 13
By knockout 3
By submission 7
By decision 3

This will mark 26-year-old PIT Elevated fighter Court McGee’s third Octagon appearance and his second since winning season 11 of The Ultimate Fighter with a second round rear-naked choke submission of Kris McCray in June 2010.

McGee’s last appearance inside the Octagon took place in October of last year when he scored a third round arm triangle submission win over Ryan Jensen at UFC 121.

McGee had a fight scheduled with Jesse Bongfeldt back in June but was forced to pull out with a knee injury.

The Utah native still has only one loss on his record, a unanimous decision loss to UFC vet and ultra-experienced Jeremy Horn back in 2007. Since then McGee has put together seven straight wins, with only two going the distance.

Wins 10
By knockout 9
By submission 1
By decision 0

Losses 1
By knockout 0
By submission 0
By decision 1

Like McGee, Dongi Yang is also 26 years-old, this will also be his third UFC fight and he also only has one loss.

Yang had nine straight wins before signing with the UFC last year. Eight of those wins were via knockout and one, his pro MMA debut, he won via submission.

Yang lost his UFC debut against Chris Camozzi via split decision at UFC 121 last October. He then made a successful rebound against Rob Kimmons, scoring a second round TKO win over the jiu jitsu black belt at UFC on Versus 3 in March.

With nine of Yang’s ten wins coming by way of knockout, McGee’s best bet is going to be to get this fight to the ground. And frankly, he probably will not have too hard a time doing that if that is where he chooses to take it.

Chances are McGee will likely keep it standing for a bit and test Yang out until he needs to take him down. Depending on how things are going on the feet, it is possible that McGee may not even need to go to the ground.

The oddsmakers see it a bit closer obviously as they have the line at -165 for McGee and +135 for Yang.