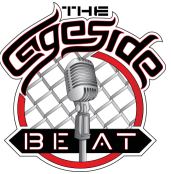 On the most recent episode of The Cageside Beat, the official radio show of ProMMAnow.com, after a discussion on this weekend’s UFC on Versus 5 card, Furby and Mike were joined by “Razor” Razak Al-Hassan to discuss his fight against Houston Alexander at MMA Fight Pit: Genesis. This episode was sponsored by Alchemist Clothing.

Some of the topics discussed include: