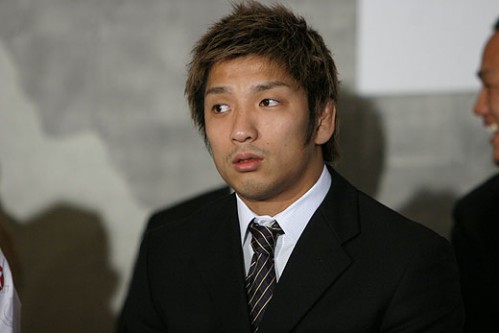 Dream has announced the first-round contests for the eight-man bantamweight world grand prix. The tournament kicks off on Sept. 24 at the Saitama Supera Arena in Saitama, Japan.

Tokoro and Imanari earned spots in the world grand prix after finishing first and second in the Japan bantamweight tournament held earlier this year. In the finals, Tokoro scored a unanimous-decision victory over Imanari to take the tournament title.

Banuelos will return to action for the first time since dropping a decision to Miguel Torres at UFC 126 and receiving his release from the promotion. The Pit fighter was a mainstay in the WEC bantamweight division after the Zuffa purchase. There, he picked up victories over Scott Jorgensen and Kenji Osawa.

Fernandes will drop to bantamweight after dropping his featherweight title to Hiroyuki Takaya on New Year’s Eve. During his run through the Dream featherweight tournament, he defeated Imanari, Joe Warren and Otsuka. The same Otsuka he will face here.

Marques is the latest prospect to come out with the respected Nova Uniao camp. He will face the undefeated Saadulaev.