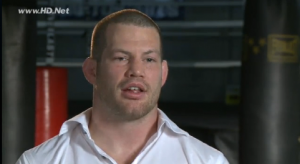 Former UFC middleweight contender Nate Marquardt has taken a slew of criticism from his fellow fighters and others following his recent release from the UFC and his use of Testosterone Replacement Therapy.

Tomorrow night on Inside MMA, Marquardt fires back! He says these critics don’t have their facts straight and are just trying to kick him while he is down.

Here is a preview video of what to expect. Chris Leben, Miesha Tate and Melvin Guillard are on the guest panel.