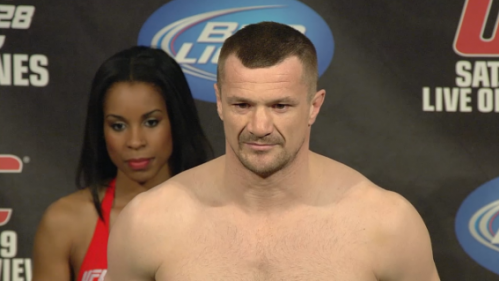 Pride Open Weight Grand Prix champion Mirko “Cro Cop” Filipovic recently made an appearance on a Croation TV show named “Gol.” While on the show, he revealed he would be facing Roy Nelson at UFC 137.

The card, which takes place Oct. 29 at the Mandalay Bay Events Center, is particularly stacked. In the main event, champion Georges St. Pierre will defend his title against former Strikeforce champion Nick Diaz. The card will also feature the UFC debut of Hatsu Hioki and B.J. Penn returning against Carlos Condit.

Filipovic appeared to be en route to one of his biggest wins in years at UFC 128. However, late in the third round, TUF veteran Brendan Schaub landed a knockout blow and finished the fight. With the defeat, “Cro Cop” dropped back-to-back fights for the second time in his career. After an extremely successful career in Pride FC, “Cro Cop” is only 4-5 in the UFC.

Nelson won the 10th season of “The Ultimate Fighter” with a dominating first-round knockout of Schaub. He then followed that up with another first-round finish against Stefan Struve. However, back-to-back losses to Junior dos Santos and Frank Mir have evened his UFC record at 2-2.