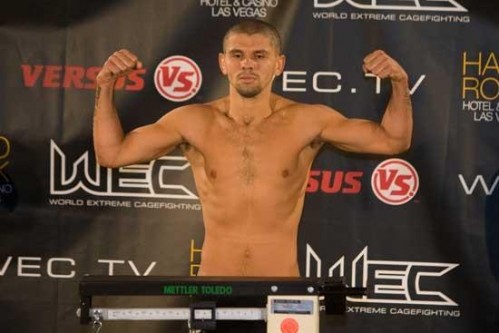 Bellator CEO Bjorn Rebney told MMAJunkie that Marcos Galvao has been given a spot in the promotion’s next bantamweight tournament.

Last Saturday, the judges awarded Bellator featherweight champion Joe Warren the victory over Galvao in the main event of Bellator 41. Despite being dominant in round two, judge Chuck Wolf awarded Warren the fight 30-27. The other two judges had it for Warren 29-28. To say the least, the outcry from fans and media members has been palpable.

Galvao has fought his way back into contention after two high-profile knockout losses in the WEC to Brian Bowles and Damacio Page. Since then, he had picked up three straight victories and claimed the Ring of Combat title. He also holds victories over Fredson Paixao and Kenji Osawa. He drew with world-ranked Masakatsu Ueda in 2008 with the Shooto world title on the line.

The upcoming bantamweight tournament will be a part of the promotion’s fifth season. The winner of the bracket will earn a title shot against champion Zach Makovsky. Warren has announced his intentions to enter the field, which sets up the possibility for a rematch.

While Galvao has recently relocated to New York, he was weened in the Nova Uniao camp. The team already has a participant in the field as the promotional recently announced that top-propsect Eduardo “Dudu” Dantas will fight in the tournament. It remains to be seen if the two will fight.