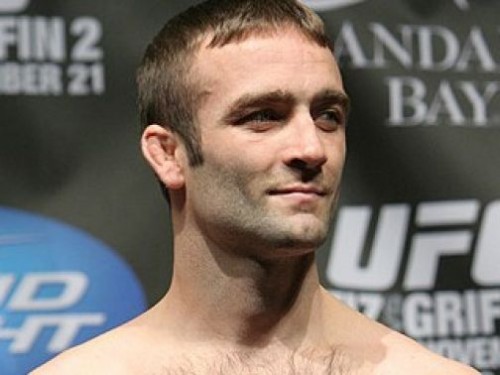 UFC lightweight contender Jacob Volkmann has entered this weekend’s U.S. Open. He will compete in the 74kg weight class and wrestle Greco-Roman. The event begins on April 7 and takes place Cleveland, Ohio.

Before coming to MMA, Volkmann was a three-time All-American wrestler at the University of Minnesota. He finished as high as third at the national tournament and won a Big Ten championship.

The U.S. Open is one of USA Wrestling’s premiere senior-level events. Winners of the national championship event earn a virtual bye all the way to the finals of the World Team Trials. Bellator featherweight champion Joe Warren, who has been adamant about competing in the 2012 Olympics, has not entered the tournament and registration is now closed.

Volkmann built a perfect 9-0 record on the local circuit before signing with the UFC. He dropped his first two fights with the promotion before dropping to lightweight. Since making the move, he is 3-0. In his last fight, he scored a victory over MFC lightweight champion Antonio McKee.