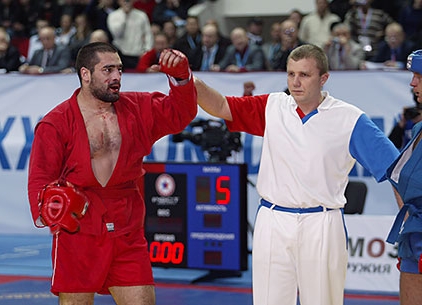 Ivanov set the MMA blogosphere on fire in 2008 when he defeated former Pride FC champion Fedor Emelianenko in the semifinals of the combat sambo world championships. The Bulgarian went on to win in the finals over Janosch Stefan of Germany.

After the Emelianenko victory put his name on the map, Ivanov was given an oportunity at Sengoku 9 against Kazuyuki Fujita. He ultimately won a split decision, but broke his hands and looked sluggish in his first fight out of his native country.

In 2010, Ivanov return to the ring and pushed his undefeated record to 9-0 with a first-round knockout of Svetoslav Zahariev in Sofia, Bulgaria. Since then, he has moved to Las Vegas and trains at the TapouT Training Center.