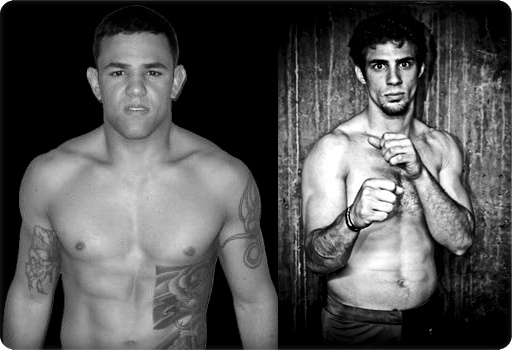 ProMMA Now (www.prommanow.com) was notified of the news earlier this week. ProMMA Now’s #3 ranked North Carolina lightweight Jacob “The Brick” Allman (3-0) will take on UFC veteran Diego “The Octopus” Saraiva (19-10) in the main event of the Harrah’s Cherokee Fight Night event on April 29th. The event will begin at 8pm ET, and you can purchase your tickets online here or call Ticketmaster at 1-800-745-3000. This will be the first MMA event in the new Cherokee Event Center located at 777 Casino Drive, Cherokee, NC  28719.

Allman was a 2X NorthCarolina high school wrestling champion, and continued his wrestling career at The Citadel. He was undefeated as an amateur going (6-0) with 2 finishes. He was last seen in action back in November as he bested Dustin Center via rear naked choke in the very first round.

Saraiva is a veteran of MMA with over 25 fights at the age of 28. He’s fought all over the place, notably a three fight stint with the UFC back in 2007. He lost all three of those fights by unanimous decision, in fact all but one of his losses have come via decision. Saraiva has lost his last two fights, losing to Micah Miller via decision in his last outing at the Tachi Palace Fights 6 event last September. It should be noted that Saraiva is scheduled to fight Marius Cujbaat Wild Bill’s Fight Night on March 11th.

Also confirmed to attend is MMA legend and current UFC middleweight Wanderlei Silva. He’ll be the special guest for the event while conducting a meet and greet with the fans in attendance. Ticket prices are in the $20-25 range, so be sure to come out and support. Be sure to stay tuned to ProMMA Now as we’ll bring you more details once the fight card is finalized.