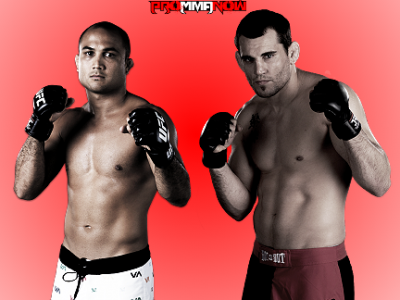 Finally, we are here to preview the main event of “UFC 127: Penn vs. Fitch” that will take place this Saturday in Sydney, Australia.

This match-up features two of the UFC’s best fighters in BJ Penn and Jon Fitch, with the winner earning a potential title shot.

Former welterweight and longtime lightweight champion BJ Penn will be shooting for his second consecutive victory since returning to the welterweight division.

He was last seen in action dismantling former UFC welterweight champion Matt Hughes at UFC 123 in under 30 seconds.

Ironically, it is Hughes that has helped prepare Penn for his fight against Fitch.

Penn comes into this fight with a career record of (16-7-1) with seven wins via TKO/KO and six wins via submission. Penn is known for his toughness, incredible flexibility, Brazilian jiu-jitsu, and boxing skills.

Former number one welterweight contender Jon Fitch comes into this fight with a career record of (23-3) with five wins via TKO/KO and five wins via submission.  However, ten of his fourteen wins inside the Octagon have come via decision.

Linesmaker has Fitch as the betting favorite going into this one at (-200) with Penn as the underdog at (+160).

The key to this fight is pretty simple. If Penn can’t stop Fitch from taking him down he’ll lose this fight by decision, there’s just not any other way to put it.

If Penn can stop the take-down, he should be able to stand and strike effectively against Fitch. However, with Penn naturally being the smaller guy, I expect Fitch to close the distance and clinch with Penn and use that size to his advantage.

Penn has historically had stamina problems as a welterweight, so those factors could rear themselves as the fight goes on as well.

Penn’s Brazilian jiu-jitsu skills have always been highly touted, but his offensive game is pretty limited when he’s on his back.  In fact, I don’t recall Penn ever submitting someone off his back.

He does have a great defensive guard though, which limits the amount of damage he receives while in that position.  However, if Penn is somehow able to achieve top position on the ground that’s where he’s at his best.

He’s excellent at taking his opponents back and submitting guys with the rear naked choke.  Fitch fights pretty safe on the ground though, so the opportunity to sweep or capitalize on mistakes will be small for Penn.

Penn has to keep this fight on the feet to win. He has better boxing than Fitch and probably packs more power in his strikes than the larger Fitch.

However, Penn will be giving up a few inches in reach with Fitch having a solid chin as well. So the safe bet is on Fitch to win this one via decision, but you can never fully count out a fighter like BJ Penn.