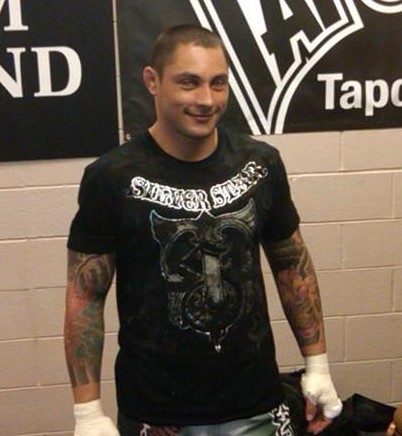 Following Thiago Silva‘s beatdown of Brandon “The Truth” Vera at UFC 125 on Jan. 1, fast-rising light heavyweight superstar Jon “Bones” Jones posted on Twitter that Silva’s slapping of Vera in the fight was “disrespectful” and said he would “like to give him [Silva] a slap.”

In an interview posted today on Brazilian site Tatame, Silva fired back:

Jon Jones criticized a lot your attitude, claiming that it wasn’t respectful and that a martial artist shouldn’t do such thing… What did you think of it?

This guy is a jerk. Everybody’s a professional fighter and all fights include provocations. Brandon Vera said he’s break my legs, that I wasn’t on his level. I don’t say things, I do. You get recognized when you do things. I’m a professional fighter, but I can’t always please everybody. There’s always somebody behind the computer with a plate filled with French fries, ready to criticize you. I fight for the fans, for the money and to put my name up there. Talking is too much easy, nobody knows what goes on in your life, your trainings… I think I did my job. Who likes it, likes it, but you can dislike it if you want.

Silva’s next scheduled bout is in May with Quinton “Rampage” Jackson at UFC 130 and Jones’s next bout is coming up on Feb. 5 against Ryan Bader at UFC 126. Although it will not be anytime soon, who would like to see Thiago and Johnny “Bones” settle their differences in the Octagon?

2 thoughts on “Thiago Silva on Jon Jones: “This guy is a jerk””