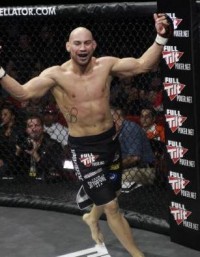 Hawn earned the spot with a TKO win in his Bellator debut on Oct. 21, stopping LeVon Maynard in the first round. Maynard made things difficult for Hawn early on. But Maynard made one small mistake and left an arm where Hawn could grab it, resulting in a cage-rattling throw that hurt Maynard. After a few ground-and-pound shots, the referee stopped the fight and Hawn picked up the victory.

The tournament field also includes Dan Hornbuckle (22-3), announced as a participant on Jan. 3. Hornbuckle made it to the finals of the 170-pound competition in 2010 but lost a decision to current champion Ben Askren.