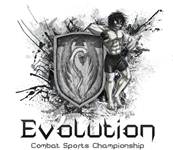 According to Martin Singleterry, founder of Evolution Combat Sports Championship, “We were very strategic when we chose the commentary team for “Evolution 1”. Our goal was to deliver a first rate experience to the fans in attendance and at home, from the fight action to the commentary. We feel that we achieved that goal. The “Evolution 1” fighters put on one hell of a show and the “fearsome foursome” team did a phenomenal job calling the fight action.”

This very knowledgeable and entertaining commentary team kept MMA fans well informed during the pay-per-view broadcast of “Evolution 1.” The “fearsome foursome” shined during the event, flawlessly delivering play-by-play commentary to fans tuning into the “Evolution 1” internet pay-per-view broadcast. The commentating team will return to Clovis, New Mexico on January 7 to call the action for “Evolution Combat Sports Presents: FRIDAY NIGHT FIGHTS” at the Clovis Civic Center.

Singleterry went on to say, “Evolution’s unique commentating team offers MMA fans the best of both worlds. They resonate with hard core fans, as well as fans that are new to the sport.  Professional fighters Abel Cullum and Coty Cox break down the technical aspects of each fight, while Crisco Kid and Sal Mora break down the action in laymen’s terms.”

FRIDAY NIGHT FIGHTS event footage will be filmed and broadcast at a later date. Stay tuned for more details on when and where the fights will air!

Christmas is around the corner and tickets to “Evolution Combat Sports Championship Presents: FRIDAY NIGHT FIGHTS” would make a perfect gift for the fight fans in your life. Tickets are on sale now! Online sales of preferred seating are sold out! Preferred seating can still be purchased at Sports Angle, Pro Sound and the Glass Doctor in Clovis (supplies are limited.) General admission tickets are also available at these locations. To purchase event tickets on-line please log on to www.EvolutionCombatSports.com or www.salmora.com.

About Evolution Combat Sports Championship: Evolution Combat Sports Championship, based in Clovis, New Mexico is a subsidiary corporation of its managing partner, Doppelganger LLC., a company owned and operated by fans of MMA and solely dedicated to the promotion of MMA. Evolution is dedicated to the concept of providing memorable entertainment to the fans, while offering opportunities for MMA athletes to advance their professional or amateur careers. As the name suggests, Evolution is prepared to evolve with the increasingly complex demands set forth in the world of mixed martial arts and entertainment. The fight promotion sets itself apart through progressive thinking and actions, an innovative approach to entertainment, and their reputation of integrity within the MMA community.