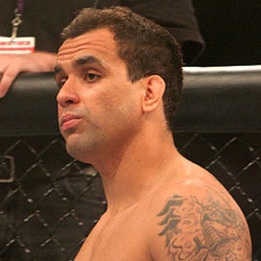 From all appearances it was going to be a good gig. Submission specialist and Strikeforce veteran Francisco “Kiko” France (6-1) was promised $8,500 to fly to the Dominican Republic and face UFC veteran Keith “The Dean of Mean” Jardine (15-9-1) in the “Nemesis Fighting: MMA Global Invasion” main event.

Kiko had already gone 3-1 in 2010 and was coming off a second round submission of Cale Yarbrough at Fight Me MMA 1 in August. This was a big opportunity for Kiko, even if he did get a little worried when it was the Tuesday before the fight, he was supposed to leave on Wednesday, and he still had not received his plane tickets.

Luckily, or unluckily as the case turned out to be, Kiko received his plane ticket late Tuesday evening.

Jardine ended up breaking a five-fight losing streak and won a three-round unanimous decision over Kiko. Kiko agreed with the decision but did not agree with Jardine’s methods. He believes Jardine was much more slippery than he should have been and could have possibly been greased.

“He was so slippery I could not even close my guard,” Kiko told ProMMAnow.com (www.prommanow.com) on Tuesday.

However, there was no way to prove it since Kiko said there was no commission or doctors there, and he did not see one judge. In fact, he says, anyone could have loaded their gloves or done any number of things to cheat and no one would have known. They did not even have anyone to wrap hands or check their wraps or gloves, Kiko said.

But that’s not even the worst part.

As far as we can tell, Paul Buentello, Eliot Marshall, nor anyone else on the card has been paid yet and were actually given  a bunch of bad checks. See our original report on this here: Nemesis Fighting allegedly hasn’t paid Jardine, Buentello, E. Marshall, Dodson, and more.

Kiko said he started getting worried when he noticed there were only about 20 people in the audience. He then said he usually gets paid right after he fights but was told he should meet someone from the promotion later that night (early morning) at the hotel bar to pick up his check.

So he went to the bar to try and collect his earnings and was then told instead to meet in the hotel lobby at 10 a.m. the next morning. Kiko showed up on time where he said he waited for hours. By this time, other fighters had tracked down this Nemesis representative in his room, where he was apparently packing up to leave. The promoter was already gone and could not be reached.

Kiko said this person, when confronted, started writing a bunch of checks and handing them out. He had a feeling right there the checks would be no good. Sure enough, he was right.

“I was going to use that money for Christmas,” Kiko said. “Now I have nothing. I had other fights I turned down for this opportunity. Nothing like this has ever happened to me.”

To make matters worse, after staying up all night Saturday, fighting and then trying to deal with getting paid, Kiko said they wanted to kick him out of his hotel room on Sunday. Fortunately, he said his girlfriend was there who put $400 on her credit card so they were able to get a little rest and stay the extra night – something you need when your fight doesn’t start until 2:30 a.m. and then you’re up all night chasing promoters around trying to get paid.

ProMMAnow.com has attempted to contact Nemesis Fighting to get their side of the story on all this but we, nor anyone else we have spoke with has been able to get hold of anyone from the organization. Kiko has promised to update us if he hears anything or ends up getting paid.

Stay close to ProMMAnow.com for updates on Kiko’s story and the other fighters who fought on the card.

2 thoughts on “Exclusive: Francisco “Kiko” France talks about his nightmare at Nemesis”