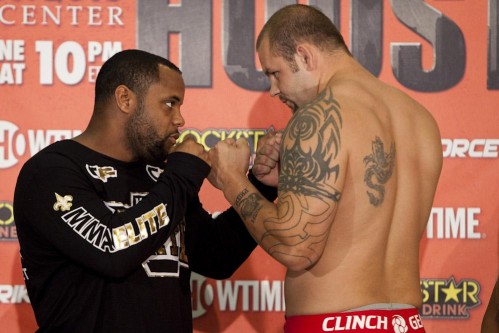 Heavyweight MMA prospect Daniel Cormier will return to Strikeforce and take on Devin Cole on Jan. 7 at a Strikeforce Challengers event.

Cormier has confirmed the match up that was originally reported by Five Ounces of Pain.

Cormier came to MMA late, after spending several years on the international wrestling circuit. His freestyle wrestling career was highlighted by a bronze medal at the 2007 FILA World Championships. He is also a two-time medalist at the Pan American Championships with a gold medal in 2003 and a bronze in 2007.

Cole got off to a hot start in his career. After winning his first two fights in the IFL against Carlos Cline and Travis Wiuff, many thought he would be a top-ten heavyweight. However, his career then fell on hard times. In his last fight, Aaron Rosa defeated him by decision on the undercard of Shark Fights 13. The loss snapped a seven-fight undefeated streak.