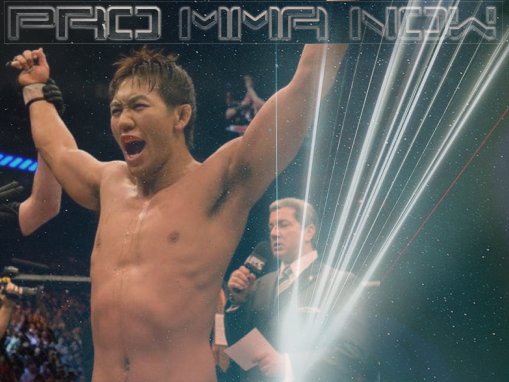 OBERHAUSEN, Germany – A title shot was up for grabs in tonight’s UFC 122 main event, with Yushin Okami looking to spoil yet another title run for Nate Marquardt. He did just that, using his control and durability to edge out Marquardt over the course of their number one contender bout.

Marquardt had top control early, stuffing an Okami take down, but an ill-advised guillotine attempt cost Marquardt top position, and turned the tide for Okami in the first stanza.

After a stall in the action, Okami returned to his feet, avoiding a Marquardt attempt at securing one of his legs on his way out. The fighters then did little on the feet, engaging briefly for a few exchanges, and after some clinch work, Okami earned a late takedown to take Round 1.

The second round was a close won, but appeared to favor Marquardt with a takedown, but neither guy did much on the ground before making their way back to their feet with just under a minute to go in the round as boos started to erupt from the crowd. Okami pressed the action late, but Marquardt landed the cleaner shots, and it was apparent that the third stanza would determine the winner.

Okami turned to his improving stand up in the final round, and despite giving up a takedown, Okami found his way quickly to his feet, and continued to score on his feet.

With the win, Yushin Okami is now set to face off against the winner of the Anderson Silva and Vitor Belfort title fight going down in February of 2011.

Okami (26-5 MMA, 10-2 UFC), has a previous victory over current UFC middleweight champion Anderson Silva, albeit it was due to a disqualification after Silva landed an illegal upkick rendering Okami unable to continue.

Andre Winner should have had the decided speed advantage on the feet against hometown hero Dennis Siver, but Winner quickly found that his speed was matched and then some by Siver.

The fight started fast and furious, with both guys landing very nice kicks, then standing in the pocket, more than willing to exchange. Siver found his rhythm midway through the round, and after Winner came forward looking for a left hook, Siver perfectly timed a counter left hand of his own, dropping Winner in his tracks.

Siver poured it on once the fight was on the ground while Winner struggled to survive. Siver stopped punching long enough to transition to the back of Winner, trapping the left arm in the process, and locked up a fight ending rear naked choke within seconds.

The win was the seventh for Siver in 11 fights in the UFC, as he moves to 17-7 overall in his career.

Halloween may be over, but Amir Sadollah did his best Jose Aldo impersonation, destroying the lead leg of Peter Sobotta throughout their bout. Sobotta proved to be a very tough opponent, but Sadollah remained patient, alternating between the punishing leg kicks, some good old fashioned knees from the clinch, kicks to the head, and pinpoint punches from ever changing angles.

Sobotta tried to keep up, countering the leg kicks with big left hands, and attempting multiple flashy spinning back kicks, but Sadollah’s pace simply overwhelmed him.

By time the third and final round was underway, the fight resembled target practice more than it did a professional fight, as Sadollah continued the onslaught until the bell sounded on a dominating performance by the rising welterweight.

Sadollah improves to 4-2 with the unanimous decision victory, all in the UFC’s Octagon.

It was easy to predict that Goran Reljic would look to land kicks, while Krzysztof Soszynski would try to close the distance and land shots inside coming into this bout. For most of round 1, that is exactly what happened.

While Reljic scored with kicks to the head and the body throughout the first stanza, Soszynski was very effective with leg kicks, and countered the kicks of Reljic effectively with his left hand. Reljic earned a late take down in the round, and while Soszynski threatened with a kimura attempt from his back, time would expire on a very close first round.

The second round saw the action close, with a lot of clinch work against the cage, but neither fighter did much to establish much dominance going into the third and final round.

The third round was an easy one to score, with Soszynski stalking Reljic relentlessly all over the cage and landing big left hands. Reljic was visibly slowing, missing with wide, looping punches. Soszynski stuck with his left hand, and Reljic was forced to try another take down, but was stuffed.

With Reljic on his ankles after the failed take down, Soszynski scrambled, taking the back of the turtled Reljic. Reljic sold out looking for a leg, and paid dearly, as Soszynski rained down punches to the head and neck of Reljic. Reljic would survive, but by the end of the final round, it was clear that Soszynski would be leaving the Octagon victorious.

Duane “Bang” Ludwig lived up to his nickname in his bout with Nick Osipczak, but the victory was not without adversity. After a quick start by Ludwig, who landed a wide array of strikes from head kicks, to knees to the body, he found himself on the receiving end of a short left hook that sent him to the canvas midway through the first round.

Ludwig quickly made his way to his feet, but Osipczak had turned the tables on the round, dropping “Bang” again with a short, quick left hand after closing the distance on a retreating Ludwig. Osipczak then dominated the rest of the round, opening up a cut over the eye of Ludwig, leaving him bloody and battered as the bell sounded on the first stanza.

The second round was a close one, as both guys traded kicks, and big combos from the pocket, and after two rounds in the books, it looked as if Osipczak may just walk away with his third win in the UFC.

However, in the final frame, Osipczak faded quickly, looking totally gassed, and stood directly in front of a stalking Ludwig, who scored just about every way possible on his feet, punishing Osipczak with elbows, kicks, and especially to the body, where he mixed in power punches, and knees from the clinch to the midsection of the TUF 9 alum.

The fight would go to the judges, and when the scores were announced, Duane Ludwig was awarded the split decision victory.