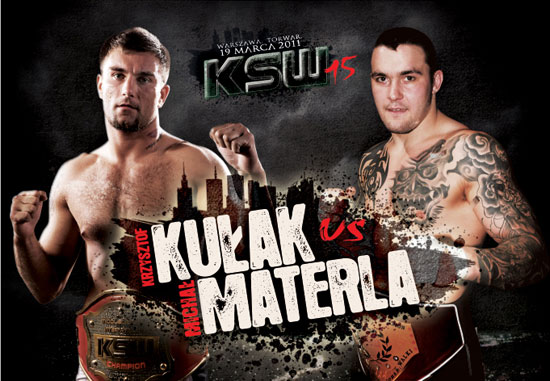 A big rematch has been added to KSW 15. KSW middleweight champion, Krzysztof ‘Mode’ Kulak (24-12-2 MMA) will fight one of the best Polish submission fighters, Michal ‘Cipao’ Materla (13-3 MMA). These two great warriors have faced each other in past.

Cipao submitted Krzysztof by guillotine choke in the very first round at KSW 6 in Oct. 2006.

KSW has not yet confirmed this fight.