Winner of Pedro Rizzo vs. Tim Sylvia headed to the UFC? 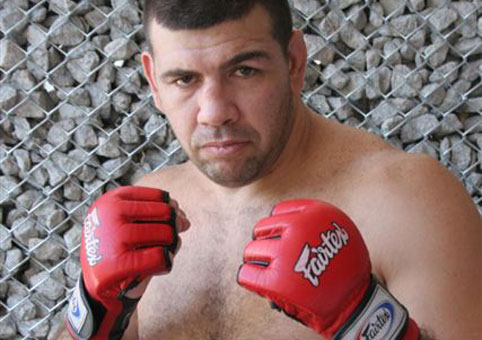 Former UFC heavyweight title challenger Pedro Rizzo has informed Graciemag.com that with a victory over Tim Sylvia he could be back in the UFC. According to the report, the promotion’s president Dana White said “the winner should get another chance in the [UFC]”

Rizzo and Sylvia are set to face off on the next War on the Mainland card. The match up is tentatively scheduled for February in Atlantic City.

Rizzo is in the midst of a late-career resurgence. He is riding a three-fight winning streak that includes victories over Ken Shamrock, Gary Goodridge and Jeff Monson. Rizzo has fought for the UFC heavyweight title three times in his career. At UFC 26, he dropped a decision to Kevin Randleman. He then had a pair of matches against Randy Couture. The UFC hall of famer took both matches.

Tim Sylvia is a two-time UFC heavyweight champion, but he has had to resurrect his career. He left the UFC after Antonio Rodrigo Nogueira submitted him at UFC 81. In his next two fight, his opponents stopped him dramatic fashion. Both Fedor Emelianenko and Ray Mercer stopped him in less than a combined minute. However, he has picked up the pieces and won three-straight fights.