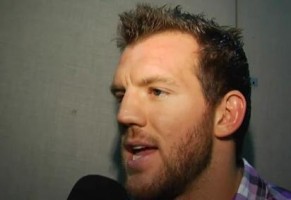 Bader says he definitely considers this the biggest fight of his career and he looks up to Nogueira and his brother. But he still wants to knock him out. He’s noticed holes in Nogueira’s game and said he wants to exploit those. Bader also says he is working on his jiu-jitsu more than usual for this fight.

The fight will mark Nogueira’s third since joining the UFC last year. His most recent bout was a close split decision win over Jason Brilz at UFC 114 back in May. Bader is coming off a first round knockout of Keith Jardine at UFC 110 in February.