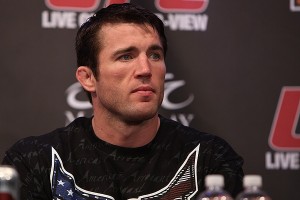 UFC middleweight contender Chael Sonnen (25-11-1) gave champion Anderson Silva (27-4) all he could handle at UFC 117, dominating much of the fight until Silva scored a sensational come-from-behind submission with only minutes left in the fight. But Sonnen’s performance may have been tainted.

Sonnen failed a post-fight drug screening that indicates he had performance enhancing drugs in his system, according to Sherdog.com. Sonnen did not respond to requests for comment, but Silva’s manager Ed Soares gave his reaction.

“If it’s true, I feel really bad for him,” said Soares. “I know he did it to himself but it is really sad, he put on such a great performance that night. It is just a shame it will be tarnished.”

It appeared that Sonnen put himself in line for an immediate rematch with Silva, but now he could face a suspension from the California State Athletic Commission.