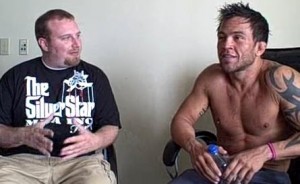 Gurgel talked about why he chose to stay home for this training camp instead of going to Boston to train as he normally does. He refused to talk about a game plan for Noons because he said, once the fight starts any plan goes right out the window anyway.

Considering how both Noons and Gurgel love to stand and bang and lay it all on the line, the real winner of this fight  is going to be the fans. This could definitely be fight of the night.

Gurgel also spoke about his last fight, a decision loss to Billy Evangelista at Strikeforce Challengers 4. Gurgel said he actually considers that fight a victory and believes the judges may have been “smoking something” and made the wrong call. Looking back at our own play-by-play of the fight, we pretty much agreed with his assessment (It probably did not help that the fight was in Evangelista’s hometown).