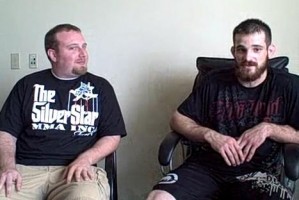 Dustin “McLovin” Hazelett (12-5) makes his return to action this Saturday night, Aug. 7, at “UFC 117: Silva vs. Chonnen” at Oracle Arena in Oakland, Calif. The Team Jorge Gurgel submission artist will be taking on talented welterweight Rick “Horror” Story (10-3), a well-rounded fighter out of Tacoma, Wash., who is currently riding a three fight win streak.

Now 5-3 in his UFC career, Hazelett is coming off a knockout loss to Paul Daley at UFC 108 back in January. The Brazilian Jiu-Jitsu black belt will be looking to get back on track Saturday night, but will no doubt have his hands full against the talented Story.

ProMMAnow.com sat down with Hazelett at the Jorge Gurgell MMA Academy in West Chester, Ohio, this past week to talk his upcoming fight and how he plans to deal with someone like Story, who has never been finished. Hazelett also reveals the injury he sustained in his last fight that kept him sidelined for a couple of months.

As a BJJ black belt and someone who is know for finishing fights by submission, Hazelett gives his thoughts on the popular opinion that wrestling is the best skill base for a person to possess coming into mixed martial arts, and as one who has won several “submission of the night” bonuses, he talks about how the ability to earn that extra money plays into his mindset during a fight.