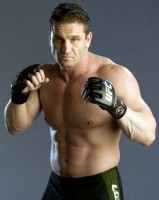 ProMMAnow.com reported a few weeks ago about an interview in which Ken Shamrock admits openly to using steroids. Now you can watch the interview in it’s entirety right here.

Ken Shamrock was on this week’s episode of “Fighting Words with Mike Straka” on HDNet and talked about his view on the legality of steroids in MMA and admits to his own steroid use.

The veteran also discusses his early days in the UFC, his current relationship with the Ultimate Fighting Championship and Dana White, the current state of MMA, why he still fights, how he wants to be remembered and much more.

It’s a rare in-depth and up close  look at one of the pioneers of mixed martial arts and one of the first ever UFC fighters.