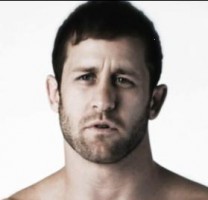 28-year-old Kyacey Uscola (18-15)  is one of the most experienced fighters to appear on any season of The Ultimate Fighter. He has been in the cage with such fighters as Josh Burkman, Gegard Mousasi, Joey Villasenor, Trevor Prangley, Chael Sonnen, Mike Guymon, and Professor X.

He has fought in such organizations as Bodog, King of the Cage, Palace Fighting Championships, and Gladiator Challenge, and currently trains out of Sacramento, Calif. with Team Alpha Male.

Uscola knocked out Brent Cooper (5-1) 25 seconds into round one during the episode one elimination bouts. Uscola was a college All-American wrestler, but still feels striking is his best asset.