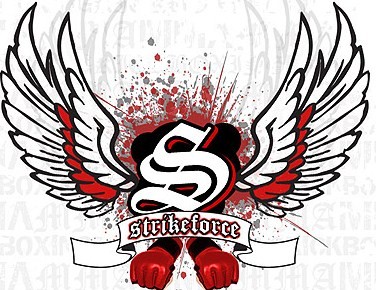 One of the most decorated figures in the history of MMA, Henderson, who left the UFC to sign  a multi-year agreement with STRIKEFORCE in December 2009, is the only fighter in the sport’s history to simultaneously hold two different titles in two different weight classes (welterweight and heavyweight) for a major fight promotion (PRIDE Fighting Championships).

The 31-year old-Shields, a Brazilian Jiu-Jitsu black belt and resident of San Francisco, captured the vacant STRIKEFORCE middleweight crown with a unanimous five-round  decision over fellow superstar Jason “Mayhem” Miller in a live CBS primetime televised matchup at Sears Centre Arena in Hoffman Estates, Ill., on Nov. 7, 2009. Shields, who has not suffered a defeat since December 14, 2004, will put a 13-fight win streak on the line when he faces Henderson.

Since 2006, the 24-year-old Mousasi has reeled off 15 consecutive victories to become the top 205-pound fighter in the world. An aggressive, Dutch-Armenian fighter, who relocated with his family from Iran to The Netherlands when he was four-years-old, captured the STRIKEFORCE light heavyweight title by impressively stopping Renato “Babalu” Sobral one minute into the first round of their meeting at HP Pavilion in San Jose, Calif. on Aug. 15, 2009.

Unbeaten since he made his MMA debut in Japan with a first round (2:11) TKO over Travis Wiuff on Sept. 28, 2008, the 28-year-old King Mo is a former NCAA Division I All-American and Big 12 wrestling champion for Oklahoma State University. With a mere 11 months of MMA experience under his belt, the Murfreesboro, Tenn.-born fighter decimated two-time UFC tournament champion and MMA legend Mark “The Smashing Machine” Kerr just 25 seconds into their meeting with a barrage of punches on Aug. 28, 2009.

Melendez, a 27-year-old Muay Thai and Brazilian Jiu-Jitsu stylist, reclaimed the STRIKEFORCE lightweight belt from the man who took it from him – Josh “The Punk” Thomson – with a five-round unanimous decision in one of the most ferocious battles of all time in the cage at HP Pavilion on Dec. 19, 2009.  The stunning victory came just four months after the San Francisco native avenged the only other defeat of his career by stopping Japanese wrestling ace Mitsuhiro “The Endless Fighter” Ishida with an onslaught of punches in the third round (3:56) of a rematch on Aug. 15, 2009.

The 26-year-old Aoki, a dangerous submission expert who holds a black belt in both Brazilian Jiu-Jitsu as well as judo, is recognized as one of the sport’s premiere 155-pound fighters.  His tremendous flexibility has allowed him to surprise many opponents, thus earning him the nickname “Tobikan Judan,” which is Japanese for “master of flying submissions.”

On Oct. 6, 2009, Aoki seized the DREAM lightweight title by submitting superstar Joachim Hansen with an armbar in the second round (4:56) of a championship bout in Yokohama, Japan.

The event will air live on the CBS Television Network on April 17.

STRIKEFORCE in March 2009 signed a multi-year agreement to stage live MMA events on premium cable television network SHOWTIME.  The promotion made its live, primetime debut on CBS with the “Fedor vs. Rogers” mega-fight that it co-promoted with M-1 Global on Saturday, November 7 and generated 5.46 million viewers for the main event between the world’s number one heavyweight, Fedor Emelianenko, and superstar Brett “The Grim” Rogers.

About  STRIKEFORCE
STRIKEFORCE (www.strikeforce.com) is a world-class mixed martial arts cage fight promotion which, on Friday, March 10, 2006, made history with its “Shamrock vs. Gracie” event, the first sanctioned mixed martial arts fight card in California state history.  The star-studded extravaganza, which pitted legendary champion Frank Shamrock against Brazilian Jiu-Jitsu black belt Cesar Gracie at San Jose’s HP Pavilion, played host to a sold-out, record crowd of 18,265.  Since 1995, STRIKEFORCE, sanctioned by ISKA, has been the exclusive provider of martial arts programming for ESPN and, after 12 years of success as a leading, world championship kickboxing promotion, the company unveiled its mixed martial arts (MMA) series with “Shamrock vs. Gracie.”  In May 2008, West Coast Productions, the parent company of STRIKEFORCE, partnered with Silicon Valley Sports & Entertainment (SVS&E), an entity created in 2000 to oversee all business operation aspects of the San Jose Sharks and HP Pavilion at San Jose.