The XFC prides itself on finding the next generation of MMA superstars. We welcome those looking to further establish their career by calling the XFC their home. If you have the talent, drive, & the dream to become an XFC World Champion, now’s your shot!

Bangtown Fightwear and Combat Sports Insurance power an all new episode of BluegrassMMA Live tonight. Surprisingly there is not a guest one from the Commonwealth. Several big events are on the horizon. This Friday we will be in Hilliard Ohio for Ohio Fighting Championship presents OFC 16: Scoby vs. Clark. Undefeated professional William Max Scoby joins us to talk about his main event scrap. 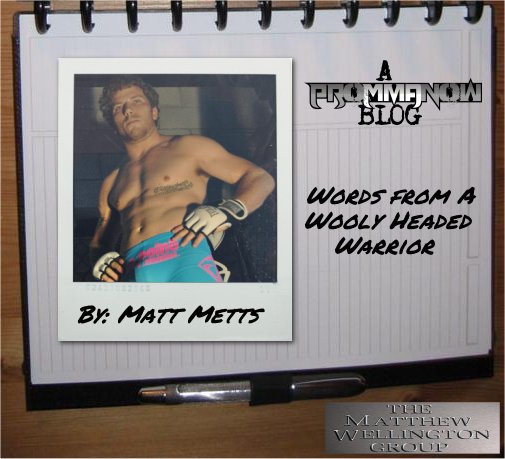 Follow along with Matt Metts as he prepares for his fight against Scott Holtzman at XFC 18 – Music City Mayhem, live on HDNet on June 22.

Nick Newell looks to move to 7-0 in his professional MMA career as he takes on Chris Coggins this Friday, April 13, at XFC 17 live on HDNet.

ProMMAnow.com’s Josh Cross spoke with XFC founder and president, John Prisco, about the promotion’s success, their new deal with HDNet, and how some upcoming partnerships could change everything.

The XFC returns to HDNet with a card full of talented young fighters (combined record of 51-15-1) looking to make a name for themselves on national television. In the main event of the evening, one of MMA’s most infamous fighters, Ultimate Fighter alum War Machine (8-2) faces Mikey Gomez (8-7).

In the co-main event of the evening Jason “Good As Gold” Goodall (5-0) puts his XFC Bantamweight Title on the line against Pablo Alfonso (3-1). In other action, Bruce Connors (6-1) faces Tim Snyder (9-3-1), Julien Williams makes his pro debut against Jeremy Thurlow (1-0), Nate Jolly (3-1) tangles with Frank Santore (4-0), and Chris Barnett (1-0) takes on Daniel Perez (3-0) in what promises to be an action packed night of fights.

Despite recent rumors reported at various internet MMA sites, former WWE Champion Bobby Lashley will NOT be fighting former pro football player Marcus Jones at XFC 8: Regional Conflict on April 25th. Lashley is not fighting on the card in Knoxville, Tennessee at all.

Pro MMA Radio host, Larry Pepe contacted PRO MMA (promma.info) with the news today after confirming with Lashley that he will definitely NOT be fighting on that card.  An article written by Pepe today states, the Lashley team is currently weighing all of his options, XFC 8 not being one of them.

The fans at the St. Petersburgh Times Forum in Tampa, FL were treated to an exciting, but short main event at XFC 6 – Clash Of The Continents on December 5, 2008.

The South African Heavyweight champion, Rico Hattingh took on an undefeated prospect, Chad Corvin.  All the pre-fight hype was directed at Rico Hattingh.  After only 19 seconds of action, the only thing directed at the South African champion was medical assistance, and lots of it. He left the cage on a stretcher with his nose broken in four places. He couldn’t return to his native land for more than a month.

Chad Corvin, from Elizabethtown, KY, got his start in the sport of MMA following a street fight with an ending that neither he or his foe were satisfied with.  Shortly afterwards, he found out his foe had signed up for a local cagefighting event.  Chad followed suit.  The promotion’s matchmaker paired up the two, but his opponent never showed up for the fight.

Shane Matchette’s last five opponents mysteriously dropped out at the last minute, and the 26-year-old ex-high school wrestling phenom has a theory why.

“I’ve developed a reputation for snapping arm bones,” explained the highly-touted MMA prospect. “And once an opponent hears what happened in my last couple of fights, he always seems to come up with some excuse for dropping out at the last minute. Maybe he got injured during training camp, or maybe his grandmother is sick, or maybe his cat ran away. It’s very frustrating ‘cause I love to fight and want to stay active.”

Amidst great fanfare and international intrigue, South African heavyweight champion, Rico “The White Lion” Hattingh, entered the main event of the XFC “Clash of the Continents” supercard on December 5, 2008 with an 11-1 pro record, ten gold medals won from international wrestling competitions, a submission victory over UFC veteran Trevor Prangley, and universal recognition as the top heavyweight in all of Africa.

The Mixed Martial Arts media on both continents eagerly awaited Hattingh’s XFC debut against the lesser-known 22-year-old American heavyweight, Chad Corvin. Rico Hattingh left the main event on a stretcher – with his nose shattered in four different locations – after being knocked out cold in 19 seconds. But Hattingh shouldn’t feel too disheartened: None of Corvin’s previous opponents have survived the first round either.