Ovince Saint Preux just scored his second Von Flue choke submission finish in a row after putting Yushin Okami to sleep in the first round at UFC Fight Night 117 on Friday. OSP pulled off the same rarely seen move against Marcos Rogério de Lima in Nashville in April and also defeated Nikita Krylov with the Von Flue choke at UFC 171 in March 2014. It’s reported as being the fifth Von Flue choke in UFC history, and OSP has three of them. #VonPreuxChoke

Gokhan Saki just got me excited for the light heavyweight division again. He showed good takedown defense, landed plenty of bombs, and showed heart in his UFC debut performance against Henrique da Silva Friday in Saitama, Japan. Basically a god in kickboxing circles, this was only Saki’s second MMA fight and he was up against a tough Brazilian “Frankenstein” knockout artist. Da Silva deserves credit for taking some of Saki’s best shots, he also tied up Saki a few times and this began to wear on the 33-year-old man known as “The Turkish Tyson”. Saki began to slow and get a little sloppy, but his heart pulled him through after eating a series of clinch knees and elbows from da Silva. Saki rallied with a left hook to close the show.

ROUND OF THE YEAR?

Gokhan Saki introduces himself to the MMA world with the Saki Bomb on Henrique Da Silva! https://t.co/nLJIuiKcgO 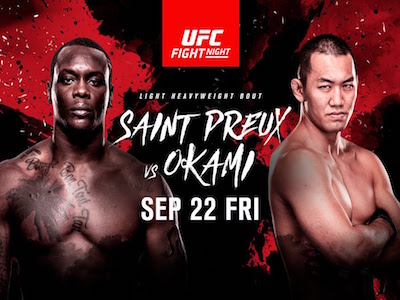 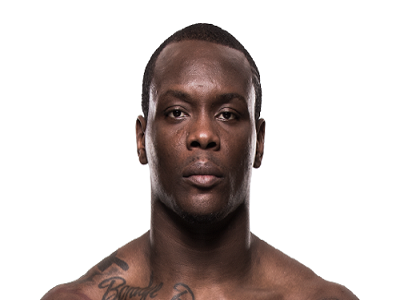 More crazy betting odds to examine taken right from oddsshark.com. UFC Fight Night 117 features an intriguing main event for sure. Former middleweight standout Yushin Okami squares off against perennial contender Ovince St. Preux, OSP for short. Okami is not surprisingly the underdog on paper but just may turn out to be the safe bet … Read more