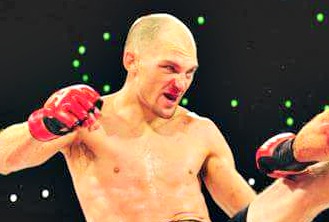 Before tough Canadian bantamweight prospect Corey Gower headlines Hard Knocks 53 on Friday night versus Noah Ali, LIVE on The Fight Network in Canada, the hard-hitting fighter caught up with Pro MMA Now. Is your fight on Friday night the biggest of your career? For sure. On paper, you bet. He’s got one of the … Read more 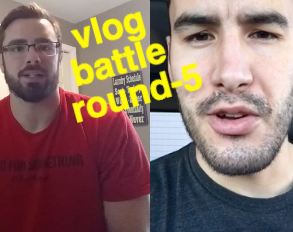 Keith “The Banana” Smetana and Devon “Mr. Boomtruck” Smith just threw down in round 5 of their vlog battle ahead of their real fight inside the cage which goes down at Prestige FC 2: Queen City Coronation on March 12 at the The Orr Centre in Regina, Saskatchewan. It’s clear from this round that Mr. Boomtruck … Read more

With years of broadcast and martial arts experience, Karyn and Sam are able to get inside access to the close-knit world of Mixed Martial Arts. Along the way, the audience gets to see the funny, irreverent and intimate side of the fighters and personalities that are shaping the future of the fastest growing sport in the world.

In the first episode viewers are invited to Chuck Liddell’s home for a personal conversation about his dancing skills, they’ll go to Dan Henderson’s Team Quest Fight Club to learn the art of the take-down, and they’ll head into the back offices of Silver Star Clothing to hear a personal account of the company’s success story.

MMA Fix on the Fight Network is a thirty minute MMA television program that recaps each week’s big news and events. In episode 8, Dave Farra visits the UFC 99 viewing party and takes us along to the grand opening of the TapOut training facility. Also featured is an in-depth interview with Stephan Bonnar, Punkass, and a post-TUF 9 Finale interview with Joe Rogan.

episode 7 after the jump…

Shawn Tompkins gives a great interview in this new MMA Fix video. Dave Farra covers a number of topics with the Xtreme Couture striking coach including his “Junie Browning project”, the future of Kim Couture as it relates to the Xtreme Couture gym, Randy vs. Big Nog, Dave Kaplan, what happened between Shawn and Wanderlei Silva and why he no longer trains the “Axe Murderer.”

In this new sit down interview, Mauro Ranallo goes One on One with Anderson Silva, the UFC Middleweight Champion, who is arguably the greatest pound for pound fighter in the world. It’s an in-depth interview that spans the successful career of the champ, from his victory over Hayato Sakurai in Shooto to win his very … Read more

What is it exactly that makes a Legend? Is it championships? Is it long lustrous careers? Is it victories over big name opponents? Mark Coleman (15-8 MMA, 6-3 UFC) possesses every one of those attributes, along with being inducted into the UFC hall of fame and being credited by many as the creator of the ground and pound. For someone as accomplished and successful as Coleman, legend may be an understatement.

Mark Coleman talked to the guys at Fight Network Radio (www.hardcoresportsradio.com) about his excitement of getting back into the UFC and back into the cage, “Well, I’m happy to be back in the cage. I prefer the cage. I prefer UFC rules and uh ya know I don’t know what Shogun prefers, but I like the cage. I think it’s gonna favor me a little bit, but were gonna have to wait and see,” Coleman said.

“Let’s get it on!” will ring throughout the ears of fighters and fans yet again. It has been reported that Big John McCarthy’s return to the cage will begin at Strikeforce: Destruction on November 21st. This news comes hot off the heels of last month’s statement by McCarthy declaring his intentions of leaving The Fight Network.

McCarthy wore many hats throughout this last year; from color commentator with TKO and Hardcore Championship Fighting, to analyst for the Canadian cable channel.   However, the itch of being the third man in the ring or Octagon revisited the former Los Angeles police officer.

Why did he leave The Fight Network? McCarthy has been quoted saying “It just didn’t work out there.” While the details of his exodus from the Canadian cable channel may be unclear, McCarthy has had a few choice words for his former employer. “To all of the higher ups that have taken over the Fight Network over the last year I only have this to say… Shame on you.”

FRANK TRIGG INTERVIEW This may very well be the best Frank Trigg interview in existence. It’s a new side of Trigg; a side we rarely if ever get to see. The interviewer, his old buddy Mauro Ranallo, compares him to Tony Robbins because of the motivational energy Trigg displays here. A few things Twinkle Toes … Read more