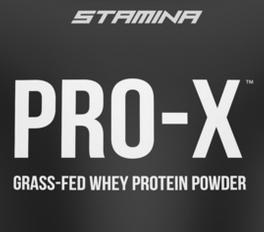 Look, I’m no bodybuilder nor want to be one. I am 44-years-old, active and do workout on the regular. I also used to be 265-pounds but am now under 200 and have been so for about three years as a result of lifestyle changes. I lean toward high protein, healthy fats, low carb, low sugar dietary … Read more

Dan Quinn is an ongoing experiment in the human condition. If you’re not familiar with Dan, he’s a former heavyweight MMA fighter who fought such names as Frank Mir and Jason Lambert. He also played football for Notre Dame and is the world’s foremost proponent of the herb Stevia. Much of his life is documented … Read more

New official Stevia spokesperson, Diego Sanchez is preparing for his UFC 95 main event fight against Joe Stevenson. Diego is spending time in the high altitude of Lake Tahoe. This will be Diego’s first fight at 155 lbs. and all eyes will be on him to see how he performs at this new weight and … Read more

Dan Quinn has finally found a spokesperson for his ‘Stevia Saves the World’ campaign and who better to represent the idea of cold fusion in a blender than Diego Sanchez.

In a recent interview with Carson’s Corner, Diego talks about dropping to lightweight and getting ready for his first fight at the new weight class against Joe “Daddy” Stevenson. Joining Diego during the hour long audio interview is none other than the Sultan of Stevia himself, Dan Quinn. The two spend the hour answering questions from Bob Carson about everything from how Stevia cured a lump in Ali Sonoma’s breast to Dan Quinn wanting to chop someone’s penis in half.

It’s the most entertaining MMA-related interview in a long time and well worth the listen. Diego said he saw how passionate Dan was about Stevia and being the open-minded person he is, thought he would give it a try since he’s tried every other supplement under the sun. According to Diego, Stevia has given him a new level of energy and really made a difference in his move to lightweight. He is now a full on supporter of the herbal sweetener.

[youtube id=http://www.youtube.com/watch?v=6Zt9VQx-9AU] If you haven’t met Dan Quinn yet, then let me introduce you.  Our very own West Coast Editor Tru recently spoke with Dan Quinn.  We will be posting a series of exclusive interviews from Quinn, as well as breaking some big news about his fight career.  Does Dan Quinn have a  big fight coming up?  Stayed tuned for the breaking … Read more