November is shaping up to be a huge month across the MMA landscape. Last night the men and women of the military witnessed some solid fights last night in Fort Campbell for UFC Fight Night 31. We will break down a few good fights from that card to kick things off this evening. 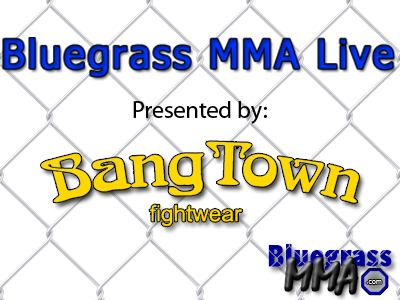 After a huge weekend across the area we come back tonight with another all new episode. Bluegrass Brawl is just a week away and our first guest will make the jump to the professional ranks. Steve Bell ended his amateur career by winning three titles and seven straight fights. He will meet Anthony Jamison next Saturday at Heritage Hall.

(Tampa, FL) – Xtreme Fighting Championships announced their plans at the beginning of 2013 to increase the number of women’s bouts featured in their events and April’s XFC 23 will officially be the first event to feature two WMMA bouts on an AXStv broadcast. Stephanie “The Scrapper” Skinner will challenge “South Valley’s Own” Angelica Chavez … Read more