Olympic silver-medalist, political aspirant and MMA veteran, Matt “The Law” Lindland is being sued by a man who claims he stole six mature marijuana plants from him. 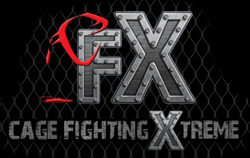 Taunton, Massachusetts – February 14, 2011 – Cage Fighting Xtreme (CFX) is both proud, and excited to announce a co‐promotion with UFC veteran Marcus “The Irish Hand Grenade” Davis’ of TEAM IRISH , they will be holding the first ever sanctioned MMA event in the State of Maine! The number of states left, yet to … Read more

Hang out with Nate Marquardt as he prepares for his middleweight bout against Demian Maia tonight at UFC 102. Nate introduces us to his attractive wife and we also get to see his new Tapout UFC 102 walk-out T-shirt which is pretty bad ass.


Beginning with Friday, we get to take a look back at this week leading up to the fight tonight for Randy Couture at UFC 102 against Antonio Rodrigo Nogueira. Randy returns to his old training center at the original Team Quest gym in Portland and we get to see “The Natural” preparing for one of the most durable fighters in the game. This fight could be a real war and Randy looks ready to go. More videos after the jump…

Evan Dunham (8-0) is a 27-year-old undefeated professional fighter from Oregon. His first fight in the Octagon was against Per Eklund at UFC 95 in England. Evan won the fight by TKO just a little over two minutes into round one.

This Saturday night at UFC 102, Evan will be taking a huge step up in competition as he faces Marcus “Maximus” Aurelio (18-7). Aurelio has been fighting professionally since 2002 and has been in the cage with most of the world’s top lightweights.

Evan spoke with PRO MMA (promma.info) on Thursday and talked about how it feels to be fighting in Portland, what his mindset is as he gets ready to face a veteran like Aurelio, who has been helping him prepare for this fight, and much more.

UFC fans from around the world will be able to watch Thursday’s UFC 102 press conference live from Portland, Ore. in a free online stream right here at PRO MMA (promma.info) beginning at 4:00 p.m. ET / 1:00 p.m. PT.

PRO MMA (promma.info) will also be hosting a live stream of Friday’s UFC 102 weigh-iins and then the UFC 102 post-fight press conference Saturday night following the fights.

PRO MMA (promma.info) is your one stop resource for all things UFC and mixed martial arts. The live stream will begin automatically at the appropriate times.

UFC President Dana White has an in-depth talk with the Oregonian in preparation for UFC 102 this weekend. White discusses many different aspects of the sport and the UFC’s future growth potential. He really wants Mousasi! Dana also talks more about a match up between Anderson Silva and Lyoto Machida. UFC President Dana White talks … Read more