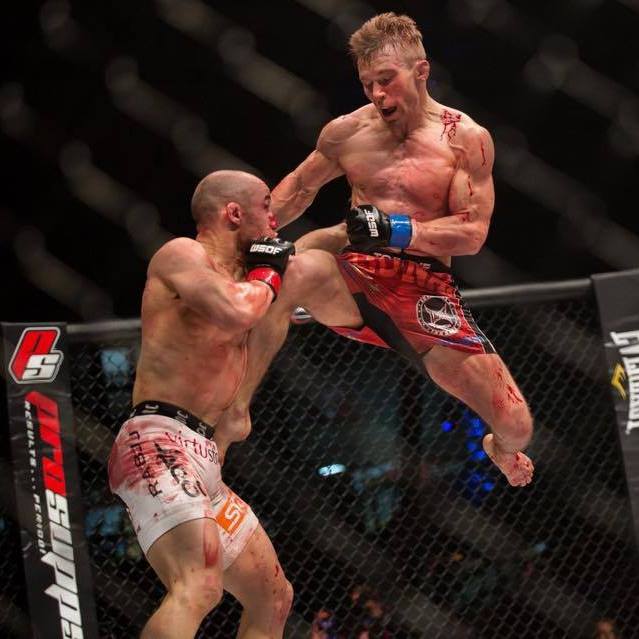 Before Canadian standout Josh “Gentleman” Hill (14-1) returns to action in a rematch with Marlon Moraes (16-4-1) for the World Series of Fighting championship July 30 in Washington, he caught up with ProMMANow.com to answer Three Burning Questions. How badly have you wanted this rematch? I really wanted this rematch. It’s the only loss of my … Read more

LAS VEGAS (Dec. 17, 2014) — After circling around one another for the last several years, two of the world’s most decorated welterweight (170 pounds) Mixed Martial Arts (MMA) superstars and submission experts – Jake Shields (30-7-1, 1 NC) of San Francisco, Calif. and Brian Foster (22-6) of Sallisaw, Okla. – will finally square off … Read more

World Series of Fighting goes head to head with UFC 180 and Bellator 131 this Saturday night and will feature three title fights. The event is set to take place at the USF Sundome in Tampa, FL and will play host to the middleweight, lightweight and female strawweight championship bouts. The four fight main card … Read more

It was announced today that NBC Sports Group and the World Series of Fighting (WSOF) have extended their partnership and reached a multi-year agreement. 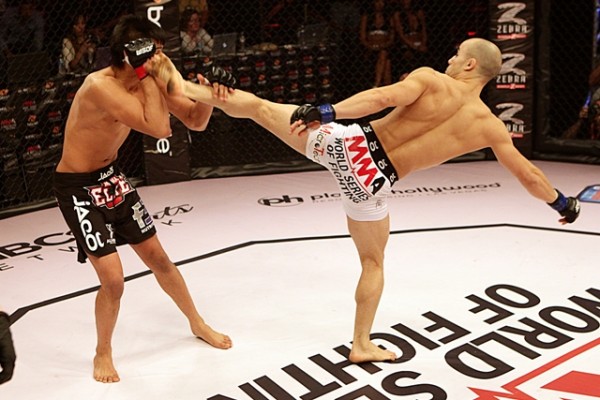 He is one of the best 135 pound fighters outside of the UFC and tomorrow night he will meet Josh Rettinghouse for the World Series of Fighting bantamweight title. Check out why Marlon Moraes is a man to be feared in this fight at WSOF 2 when he finises Tyson Nam with some great striking 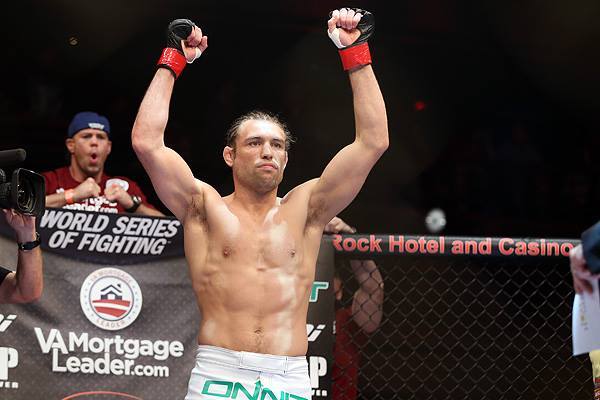 The most stacked World Series of Fighting card ever is just days away fight fans! The highly-anticipated main event at WSOF 9 this Saturday features a clash of talented welterweight warriors, as champion Steve Carl looks to defend his title against the infamous submission savant Rousimar Palhares. ProMMANow was granted an interview with the always … Read more 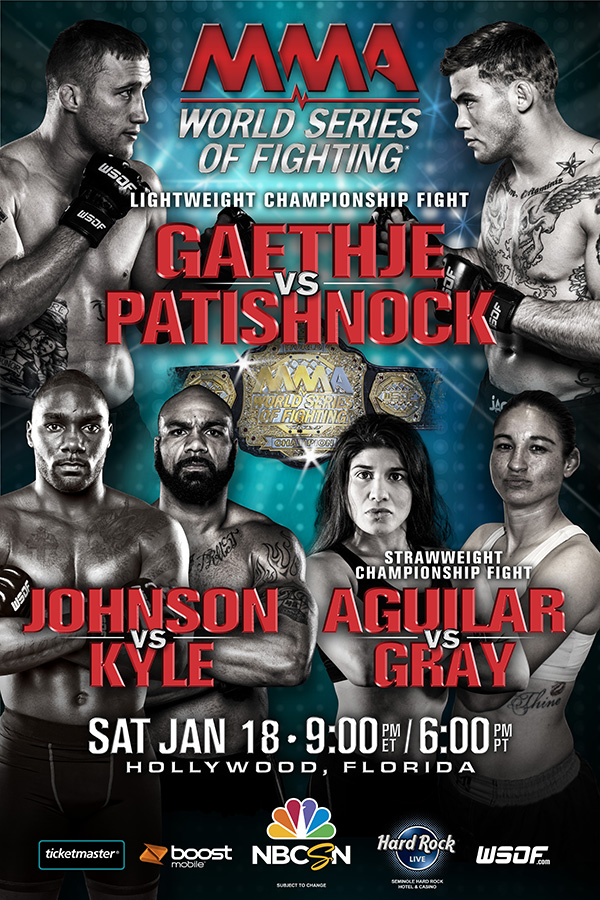 World Series of Fighting’s eighth event overall and first of 2014 took place Saturday night in Hollywood, Florida’s Hard Rock Hotel and Casino. The card featured two title fights, in the Lightweight and the Women’s Strawweight (115 lbs) divisions, both of which saw a one-sided result. The card’s co-main event featured two former UFC fighters in Anthony Johnson vs. Mike Kyle, wherein Johnson continued his winning streak outside of the UFC with a decisive knockout victory.

The WSOF fighters all stepped on the official scales in Hollywood, Florida on Friday. Rich Patishnock, Tyson Nam and Alexis Vila all made weight on their second attempt. 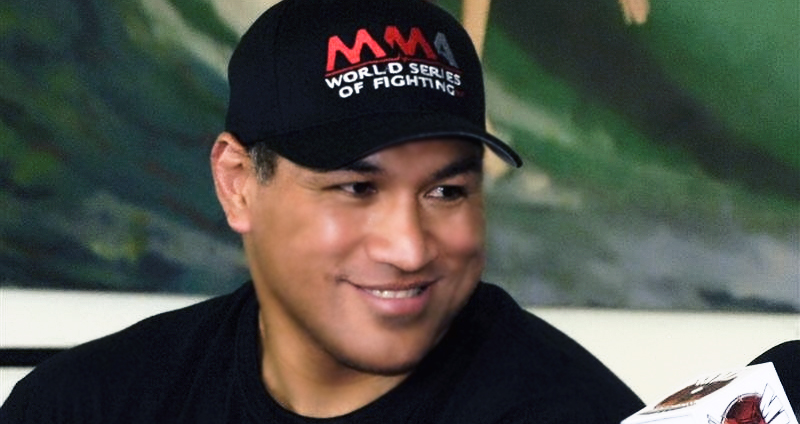 WSOF 8 will be the the second time the promotion has held an event in South Florida, and for good reasons. One of the reasons of course may be hometown favorite Jessica Aguilar, but according to WSOF President Ray Sefo, the main reason is the atmosphere.