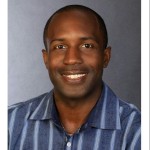 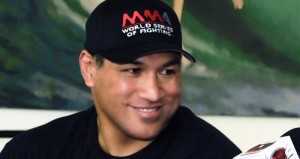 WSOF 8 will be the the second time the promotion has held an event in South Florida, and for good reasons.  One of the reasons of course may be hometown favorite Jessica Aguilar, but according to WSOF President Ray Sefo, the main reason is the atmosphere.

“The last show we had in South Florida brought out some amazing people.  The atmosphere there was amazing.  It felt like 80,000 people in the arena and right after the event I had a lot of people tweet saying they wanted us to return there.”

The decision to initially go there and immediately return came against what some say is a tough MMA market to please.  For now Sefo doesn’t know if that’s true or not based on WSOF 7 really good turnout of approximately 4-5,000 attendees.

“I’m told it is,” says Sefo about the area being a challenge for MMA promotions.  “They really like the fights down there, and if I would’ve walked in the venue and only seen a few hundred people I would’ve said, Wow! We got a problem.”

He also cited one of the reasons for the huge turnout despite  giving away about 1,000 tickets was the local support for Myles Merola.  “It wasn’t something we expected, and we just go with the flow,” he remarked.

Going with the flow has done well for WSOF since it’s inaugural Las Vegas event in 2012 backed by NBC Sports Networks and in terms of how WSOF 08 will set the tone for 2014, Sefo  states, “We are going to kick off 2014 with a bang having two world titles on the line.”  One of those title shots involves Justin Gaethje who in Ray’s opinion has no glory in his body in terms of fighting.  “Gaethje comes to fight and throws down without a doubt,” he said. The other title fight features Jessica Aguilar.

WSOF had been talking about signing females to the promotion and when the opportunity presented itself with Aguilar being a free agent they took it.  The current plan for the promotion is to  showcase female superfights occassionally because they don’t feel there is enough talent to pull from to build divisions; especially in Jessica’s weight class.

Still, the WSOF President is not nervous but excited about bringing on the ladies and sees the potential of building female rosters even with Invicta FC and UFC holding most of the talent.

The world will get to see Aguilar in action again on January 18th and again in March for WSOF 9 in Las Vegas.  And though there aren’t any current talks of the promotion signing any other South Florida talent they are confident more of the area’s MMA fighters will join their organization.