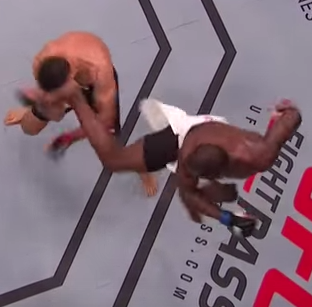 At last weekend’s UFC Fight Night 75 card in Japan, unranked middleweight Uriah Hall stepped in as a late replacement against number six ranked Gegard Mousasi — easily the highest profile fight and biggest name Hall had been in the cage with. Round one was all Mousasi as he dominated the fight on the ground … Read more