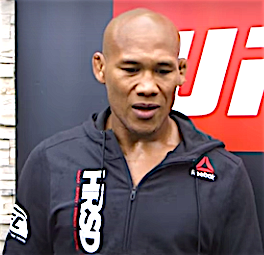 UFC’s No. 3 ranked middleweight, Ronaldo “Jacare” Souza, returns to action this weekend against No. 6 ranked Robert Whittaker at UFC on FOX 24 in Kansas City. The 37-year-old former Strikeforce middleweight champ is coming off a first-round submission win over Tim Boetsch in February and is looking for an eventual shot at the belt. … Read more 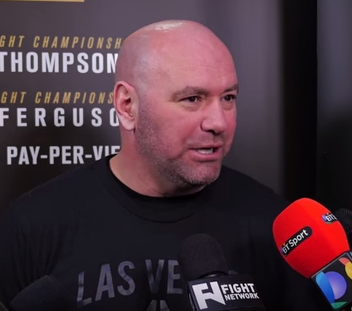 UFC President Dana White is getting sick and tired of hearing fighters talk about wanting “money fights”. Conor McGregor is largely to blame for the UFC’s current predicament in this matter because as an enormous pay-per-view draw and personality, he can pretty much do whatever he wants. However, if you’re just another average fighter on … Read more

UFC President Dana White took time to answer questions with the media following the conclusion of the UFC 177 PPV event on Saturday night. He talked about the UFC 177 PPV and the performance of the fighters on the card. He also touched on the future of former champion Renan Barao, Gina Carano, Ben Askren, … Read more

UFC President Dana White sat down with the media after the UFC 173 post-fight press conference to cover a variety of topics. He touched on the possibility of Renan Barao fighting TJ Dillashaw again, and also the impressive performance of Daniel Cormier against Dan Henderson. He spoke bout the heart displayed by Jamie Varner as … Read more

The UFC on FOX 11 event took place on Saturday night from Orlando, Florida, and offered a ton of exciting moments. UFC President Dana White spoke with the media after the event took place and gave his thoughts on several items 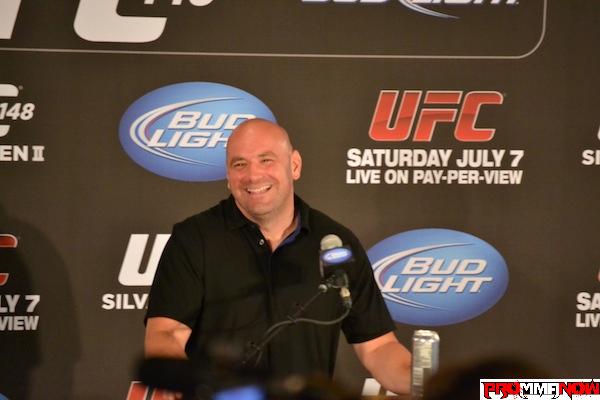 UFC President Dana White took time to speak with the media immediately following the UFC 167 PPV that took place in Las Vegas on Saturday night. White spoke on why he believed Johny Hendricks defeated Georges St-Pierre in their five round war of attrition. He spoke on the “personal problems” the champion spoke on in his post-fight interview. He also spoke on Robbie Lawler, Chael Sonnen, and much much more from the UFC’s 20th anniversary event.

UFC President Dana White spoke with the media during the UFC 168 World Tour down in Rio de Janeiro, Brazil. He talked about a ton of things ranging from the way MMA fighters promote fights (or lack thereof), which UFC fighter made 5 million dollars for a fight, the Jon Jones defending his title against Glover Teixeira next, and a ton more

UFC President Dana White took the time to speak with the media following the UFC 164 event that took place in Milwaukee, Wisconsin, at the BMO Harris Bradley Center. White spoke about the knee injury Anthony Pettis suffered in his main event win over Ben Henderson to become the new UFC lightweight champion. He talked about Josh Barnett’s win over Frank Mir, and more about UFC plans for the rest of the year.