UFC president Dana White had some interesting comments regarding brain trauma in a new interview with AP sports writer Dan Gelston on abcnews.go.com. White was an amateur boxer back in the day, but according to the article, seeing the long-term effects the brutal sport had upon some individuals made him rethink what he was doing. … Read more 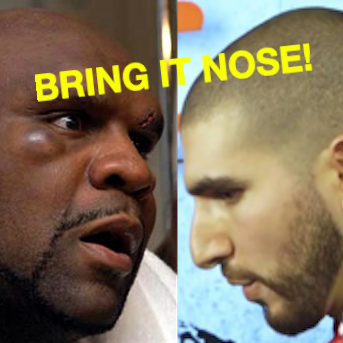 We saw super heavyweight fighter and pro wrestler Bob Sapp pick up a rare win at Rizin’s New Year’s Eve show with a decision over Akebono. For this Flashback Friday let’s look back to a strange verbal sparring match he had in 2012 against well-known pro wrestling fan turned MMA media mogul, Ariel Helwani, who may be a lightweight in … Read more 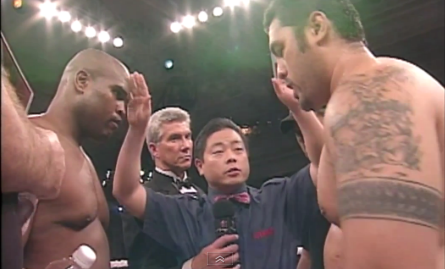 What better way to start off a Monday than by watching a few of MMA’s top strikers showcasing their skills in these stand-up K-1 classics.

WASHINGTON, D.C. – In addition to all the other MMA events going on this weekend, there’s a nice little show going on at the D.C. Armory in Washington, D.C., Saturday night. Headlining Washington Combat‘s “Battle of the Legends” is indeed two legends of professional mixed martial arts. Pedro “The Rock” Rizzo (17-9) will take on … Read more

WASHINGTON, D.C. – One of pro MMA’s top rising light heavyweight prospects, Ovince St. Preux, returns to action this weekend at Washington Combat. St. Preux, who currently resides in Knoxville and is a former University of Tennessee linebacker, will be facing tough Brazilian veteran Claudio Godoi. Fighting out of Sao Paulo, Godoi has spent most … Read more

MMA Big Show’s next event, “New Dawn,” is scheduled to take place this Saturday in Indiana. In a now well-known and much-publicized move, “New Dawn” headliner Gary “Big Daddy” Goodridge decided to take a last-minute fight in Japan against StrikeForce Light Heavyweight Champion Gegard Mousasi on New Year’s Eve at the “Dynamite!!” show. As a result of his TKO loss, the Indiana State Athletic Commission has decided not to license Goodridge. As of this past Monday, it was understood that Goodridge would still be allowed to fight. However, that has obviously changed.

Furthermore, due to the actions of the understaffed Commission, MMA Big Show Owner/Promoter Jason Appleton has made the difficult decision to pull the professional bouts off the card. “New Dawn” will continue with a full amateur card, and discounts for Feb 20th will be awarded to ticket-holders. Below is a letter from Appleton:

Indiana (USA): 2009 was a big year for Midwest-based fight promotion MMA Big Show, which was recently chosen by ULTMMA.com alongside Art of Fighting, Shark Fights, and Rage in the Cage as this year’s top local promotions in the United States. Now, the promotion Big Show is looking to enter the next phase of its evolution, as “NEW DAWN” will start the New Year off right for fight fans.

The event will emanate live from the Belterra Casino in Belterra, Indiana on Saturday, January 9th, and will feature the Big Show debut of UFC/PRIDE pioneer heavyweight slugger Gary “Big Daddy” Goodridge (23-19-1). The MMA legend will be taking on “The Monster” Ron Sparks (5-0) in a true clash of the titans.

The history of the Ultimate Fighting Championship is filled with stories of legendary fights and athletes who built a sport behind skill, heart, and determination. On July 10th and 11th, just before the lights go down and the first bell rings for July 11th’s historic UFC 100 event, fans will have the opportunity to meet and greet the fighters who made mixed martial arts what it is today, as well as the ones carrying the flag for the next generation, all under one roof at the Mandalay Bay Convention Center during the UFC Fan Expo.

Tickets for this fight fan’s dream event, which features an unprecedented lineup of UFC, World Extreme Cagefighting (WEC) and former PRIDE fighters, are limited, but are still on sale and can be bought exclusively at www.ufcfanexpo.com V.I.P. Passes for this event are already SOLD OUT, but Customers that purchase Expo tickets in advance will receive $10 off the two-day pass.

In other action Hamid Corassani and Daniel Sharifi were both victorious and moved on in the Lightweight bracket of the Unified World Grand Prix.

The European title rests around the waist of Dion Staring after defeating Markus Halkossari for the second time in his career.

It has been reported that Strikeforce Heavyweight Champion, Alistair Overeem asked for this fight against Goodridge as an opportunity to avenge his brother’s loss to “Big Daddy.”

Many fans and pundits view this bout with Goodridge as a tune up match for the Strikeforce Champ before facing Cro-Cop at K-1 Dynamite on New Year ’s Eve.