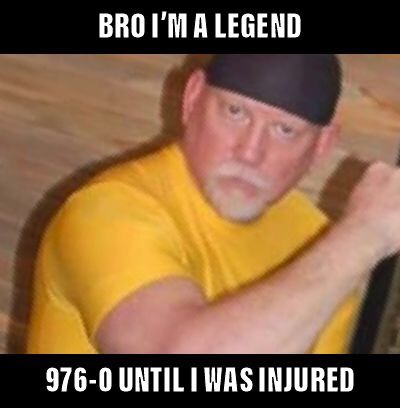 I’ve been in the MMA community for a long time. For over 25 years I have interviewed MMA personalities from Dana White on down to local amateurs. I’ve been an announcer in huge arenas like Statefarm Arena in Atlanta on HDNet and I have been in the dirt floors of a local fairground in the … Read more

I remember back in 2007 talking to a friend about having to wait 2 or 3 months for a UFC show. Last week I was telling the same friend that I there are too many UFC events. In 2007 there were 19 UFC shows including pay per views, Fight Nights and TUF Finales on Spike. … Read more Joe Stevenson fought Diego Sanchez tonight in London, England at UFC 95. Diego looked really good in his striking with knees, low and high kicks, and great boxing. He also showed some good scrambles the few times the fight went to the ground. The difference in the fight was Diego’s diversity of striking compared to Stevenson’s absolute predictability.

Joe Stevenson was in a boxing match. I think he threw one kick the whole fight. He did attempt a couple of take downs but once they were stuffed he went right back to the boxing match. I’ve talked with some fighters who don’t realize they are losing because they are having so much fun. In all fairness, maybe this was the case with Joe. But then, that is where your corner-men come in between rounds, to help you make those adjustments.

I’ll admit it. Since I don’t really like shelling out the almost 50 bucks it takes to buy a UFC pay per view, I usually head over to the local Hooters to check out the fights. Naturally everyone suspects that I have ulterior motives, especially my girlfriend who isn’t too fond of the girls in the orange shorts and push up bras.

Even though it is free it is always pretty hectic, so I miss out on most of Joe Rogan’s shockingly one-sided commentary. However, there are perks to watching the show along side the meat of the UFC’s fan base. During the Mauricio Shogun Rua versus Mark Coleman fight, the fans were continually voicing their displeasure with the Brazilian’s performance.

I always enjoy the WEC events.  They run a tight ship over there with no frills; just good solid MMA action from some of the top talent in the world.

However, last night was strange.  Why in the world they chose not to air the Rob McCullough vs. Donald Cerrone fight had me flabbergasted.   Even on the edited replay of the event they didn’t air it.

Of course it turned out to be the fight of the night.

Paulo Filho should be stripped of his belt.  His division, middleweight, has been folded into the UFC anyway but just to make a statement they should have stripped him for not making weight.