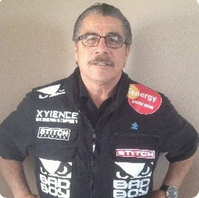 This whole Reebok thing with the UFC is taking its toll. Not only were many fighters’ pocketbooks affected by the Reebok partnership, but so were cutmen who previously had their own sponsors. Once the Reebok deal was in place, fighters and cutmen were no longer allowed to sell sponsorships on their articles of clothing. The fighters had … Read more