LAS VEGAS, Nev. – Friday night, March 26, at Tuff-N-Uff, the son of UFC legend Randy Couture proved indeed the same blood that flows through his father also flows through his veins. Ryan Couture (4-1-1), in what had been planned as his final amateur bout, took on Sean Bollinger (1-0-1) in a 155 lb. title … Read more 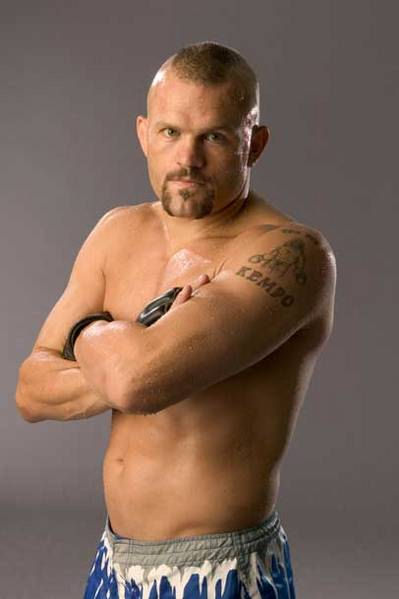 Doesn’t Chuck Liddell know what curtains are?  Having said that, the lady in this video who is working out nude is HOT! Where is Chuck? Is he at some new nudist training camp? WTF????

UFC President Dana White wants to see a rematch between light heavyweight champion Lyoto Machida and Mauricio “Shogun” Rua. “I think there will be a rematch. I talked to both of them and they both agreed to a rematch,” White stated at the UFC 104 post-fight press conference.

White, along with the majority of MMA media and fans, felt that Shogun defeated Machida in their UFC 104 light heavyweight main event title fight Saturday, Oct. 24, 2009, at the Staples Center in Los Angeles, Calif.

The fight marked Machida’s first title defense since he took the belt from Rashad Evans at UFC 98 with vicious punches that left the TUF winner in a crumpled unconscious heap.


On this edition of INSIDE MMA the controversy over Sean Salmon’s statement that he threw a fight is discussed as well as the repercussions he is facing from the Athletic Commission. Team Alpha Male fighters Urijah Faber, Chad Mendes, and Joseph Benavidez are guests. Parts 2-4 after the jump…

Here it is, the infamous ESPN E:60 feature on Dana White. He is described as the most polarizing figurehead in the history of sports. It took someone like Dana White to get the UFC and MMA to where it is today. The question is, is Dana White the right person to take the UFC to … Read more

After a certain incident a couple of weeks ago, MMA fans almost lost their exclusive behind-the-scenes look into the life of every one’s (not Loretta Hunt) favorite promoter. However, UFC President Dana White had a change of heart and maybe even learned a lesson in the process. A Dana White video blog where he does … Read more

In case you have been in a coma this past week, you probably heard the news about UFC President Dana White using one of his famous video blogs to announce his displeasure at a certain female MMA journalist for a recent article she had written.

Due to White’s particular choice of words he used to lash out at the journalist, he has drawn the ire of mainstream media all over the country. ESPN, FOX Sports, Newsday, USA Today, and the LA Times, just to name a few, all reported on the three minute video blog.

The controversial MMA fighter known as War Machine (7-2) took some time off from his job at the gay bar this past week to make a little trip north to Canada where he filled in at XMMA 7 “Inferno” for Phil Baroni (13-10), who pulled out of a scheduled fight with Guillaume “El Toro” Delorenzi (5-1).

Although the pride of the XMMA, Delorenzi, was coming into the fight undefeated at 5-0, The Ultimate Fighter season six veteran proved to be too much for him. Mr. Machine ended up choking out the Canadian near the end of round one in their main event encounter. Luckily, PRO MMA (promma.info) has secured a video of the match up just for you, our loyal readers. Enjoy. WAR MACHINE vs. GUILLAUME DELORENZI FIGHT VIDEO

Full card results after the jump…