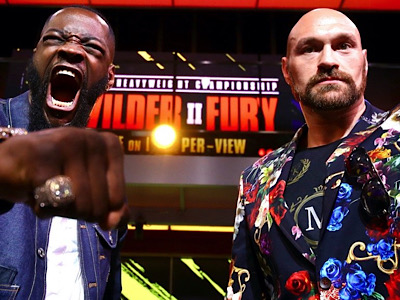 By now you should have had ample time to see the incredible Deontay Wilder and Tyson Fury bout back in December of 2018. Fury appeared to be winning the majority of rounds and likely would have won until Wilder rocked him in the 12th round. Fury hit the mat flat and while Deontay was showboating, Tyson sat up like The Undertaker and was able to finish the round. It was incredible.

The result was a split draw which visibly frustrated the crowd and likely the viewers at home. The pair immediately agreed to run it back and this Saturday it will finally happen.

Before the pair of them get it on in Las Vegas at the MGM they faced off and as expected it got heated. Check it out.