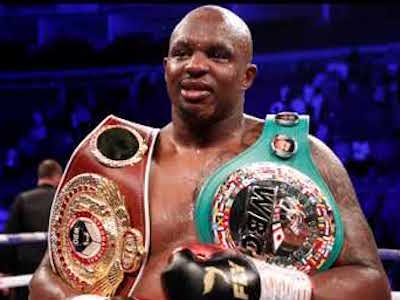 Dillian Whyte’s dynamic boxing career is regarded by some as excellent and full of pedigree. His successes, naturally, have not been without several challenges along the way. Save for a defeat to Anthony Joshua, he has overcome all of them, leading many to believe that Whyte will never be finished as a heavyweight.

In turn, the world of boxing is led to wonder how Whyte’s prior experience of overcoming obstacles, and his negotiation of career flashpoints, can thrust him back towards contention for major honours.

While Whyte is no means unique in making the leap from kick-boxing, it takes a lot of resilience, self-conviction and bravery to do so. Boxing is already saturated with talent in comparison to the more niche kick-boxing, with K-1 and UFC still largely dwarfed by the noble sport, even if their global presence is continually growing.

As a two-time British heavyweight kickboxing champion, one-time European K1 champion, and a long-standing #1 ranked contender in an unlimited weight division, Whyte has already shown his ability to establish a monopoly. However, it was during his 12-second knockout of Mark Stroud in December 2008 that showed his potential and boxing ability.

Adapting to an opponent’s fighting style bears some similarities to making the transition to boxing, and if Whyte can recall the same qualities that enabled him to make the switch back in 2011, this can only stand him in good stead.

In many ways, Whyte’s aggressive, uncompromising fighting style is a true reflection of his personal background. So too is it responsive of the circumstances under which he moved into professional boxing, with his kick-boxing background establishing his trademark focus on hard hits, and less of a leaning towards defensive aspect of his overall style.

Like many before him, Whyte began by squaring off against Eastern European journeymen, but unlike many before him, he was not scoring knockouts. Three of his first four fights were victories on points, with only Toni Visic failing to go the distance against Whyte. However, when Whyte knocked out Kristian Kirilov in the first round of his fifth fight, it sparked a run of 11 further victories by KO or TKO.

The fact that this streak of knockouts straddled his two-year ban for a failed drug test proved that he had not let his strength wane, even after spending the entire calendar year of 2013 absent from the ring.

Bouncing Back After Joshua Defeat

In going on to win the vacant WBC Silver title and the International heavyweight title after coming back from the ban, Whyte had his first pieces of silverware, but December 2015 would see him suffer his first professional loss. That came against none other than Anthony Joshua, who felled Whyte in the seventh round.

It was a huge disappointment for Whyte, but not an unexpected one, and he had enough faith in himself to carry on fighting for honours, adding some truly impressive wins to his tally. Within the past three years, he has bested Dereck Chisora twice, with the second occasion yielding an enthralling 11th round KO, while also beating Joseph Parker via unanimous decision.

With Joseph Parker once considered a genuine threat to Anthony Joshua before losing to him, that speaks volumes about the regard in which Whyte is still held. So too his typical odds before fights, and those who check out his current spread betting prices will see that he is a huge favourite to win his next confirmed bout.

Tempting though it may be for Whyte to plan ahead for another bout against Joshua, who is now older and clearly not infallible, Whyte’s immediate focus will also be on getting past his next opponent; the undefeated Óscar Rivas.

Opposite Trajectories Ahead of Rivas Bout

As a long-term holder of the NABF heavyweight, IBF International and WBO-NABO heavyweight titles, Rivas evidently has the tenacity to deal with his various challengers.

When it comes to fighting Whyte, Rivas will need to resort to working the inside, and forcing Whyte into making mistakes, goading him and using Whyte’s natural tendency to come out fighting against him. Remarkably, though he is five inches shorter than Whyte, Rivas’ reach disadvantage is not so pronounced, with just 1.5 inches between the fighters.

With a record of 26-0 and 18 knockouts, the Colombian is exactly the sort of ‘gateway’ opponent Whyte needs to beat in order to eventually reach the likes of Tyson Fury and Deontay Wilder – even if just for a huge payday, and personal gratification, rather than a far-fetched scoop of titles.