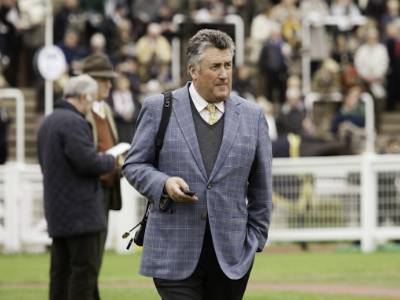 Trainer Paul Nicholls has confirmed that French horse Frodon will be competing in the Gold Cup race at the Cheltenham Festival this year. But what chance does Frodon have of walking away from the festival with the coveted Gold Cup trophy?

In Cheltenham Festival odds, Frodon is currently joint 8th favourite to win the race, but there is excitement at the stables that he could upset the odds and race to victory. If you fancy taking a chance on the much talked about Frodon, you can find the odds here – https://www.paddypower.com/horse-racing/cheltenham-festival.

After winning the Cotswold Chase, earlier this month, the French thoroughbred looks ready to go for the Gold Cup, but Paul Nicholls has admitted that there are still things the stable will look to do to increase his chances of winning.

Talking to Sky Sports Racing, Nicholls said “I was a bit worried he looked big and well in the paddock, he hadn’t been away for a gallop and hadn’t done that much work. He will improve and there are lots of little things tactically we can improve.”

The Cotswold Chase wasn’t the only race that Frodo has looked impressive on, as he has started the new season in spectacular form. In his first race of the new season, in the Grade 2 race Monet’s Garden Old Roan Limited Handicap Chase at Aintree, he raced to victory despite being the third favourite in pre-race odds.

In his second race of the season, he featured in the Grade 3 Gold Cup Handicap Chase at Cheltenham, finishing in second place behind Baron Alco. He was far from the favourite to win the race, running at odds of 16/1, the same as his current odds to win the Gold Cup. This race gave everyone a glimpse of what he was capable of and there is no doubt that both trainer Nicholls and jockey Bryony Frost are hopeful he will put in a good showing in the Gold Cup.

Again racing at Cheltenham, Frodon took to the track in Caspian Caviar Gold Cup Handicap Chase and again he wasn’t the favourite prior to the race. He retained his impressive start to the new season by winning the Grade 3 race. His final race prior to Cheltenham was the Cotswold Chase in which he beat the favourite Elegant Escape by just ¾ of a length. It was close, but a victory is a victory and he is proving time and time again that he can upset the odds.

Last year’s Gold Cup winner Native River and this year’s favourite Presenting Percy might be far in the distance in terms of the odds, but as everyone knows, Native River’s team included, the favourite doesn’t always win and those working with Frodon will be tirelessly working on methods to get the best out of him prior to the big race.

When he takes to the track on Friday 15th March, he will be sharing the spotlight with some impressive horses. But as he’s proven so far this season, it doesn’t matter how much of a favourite you are, he’s willing to upset the odds to see his name in lights.