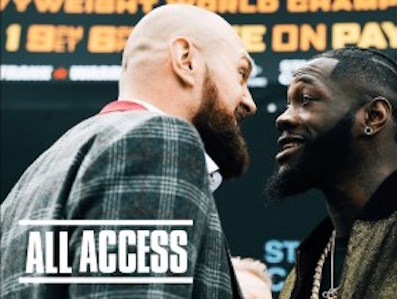 On the first episode of ALL ACCESS: Wilder vs. Fury, Deontay Wilder travels to Belfast, Ireland to watch a preview fight of his future contender. Tyson Fury also shares some of his background and shows where he grew up.

On the second episode of ALL ACCESS: Wilder vs. Fury, take a look into final weeks of preparation before the two undefeated fighters meet at the Staples Center for the heavyweight showdown.