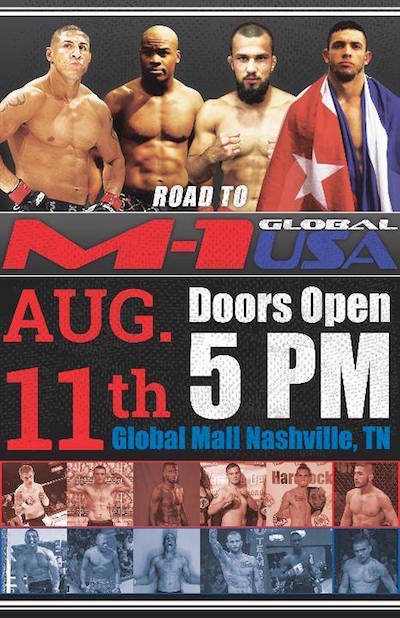 NASHVILLE, Tenn. — Music City fight fans get ready for a spectacular professional mixed martial arts event presented by M-1 Global USA and Angel Fight Promotions as they introduce “The Rage” combat zone to U.S. soil for the first time. “The Rage” is a hybrid ring-cage fighting structure that allows fans the viewing benefits of a ring, while at the same time, it gives fighters the safety afforded by a cage. It’s truly the best of both worlds! 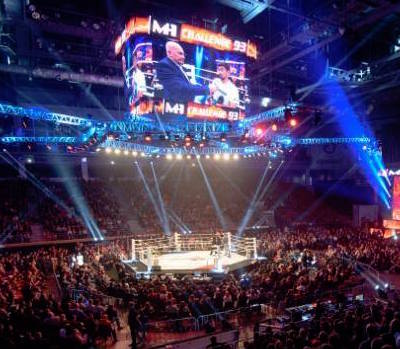 “Road to M-1 Global 2” will be held on Aug. 11 from the Global Mall in Nashville, Tenn. and will feature a stacked all-pro card which will air live on broadcast pay-per-view to millions of MMA fans all around the world. The main event includes a showdown between two of the top middleweights in the game today as Florida’s Reggie “The Regulator” Pena (14-6) makes his Music City return to take on Georgia’s Douglas “Yamato” Usher (9-3).

Pena has had success at welterweight and middleweight and is currently riding a four-fight winning streak — all finishes. The 35-year-old Champions MMA product most recently submitted Rashaun Spencer in a 185-pound matchup at V3 Fights 61 last August. “The Regulator” is very well-rounded with six of his 14 career wins coming by way of knockout and six by submission. Pena has fought under the M-1 Global and WSOF banners and made his last appearance in Nashville when he took out UFC vet John Salter via submission in the XFC 18 main event on AXSTV in June 2012.

Pena is going to have his hands full against “Yamato” Usher who is presently riding a five-fighting winning streak, with four coming by way of knockout. Usher, also 35, fights out of Moab Fighting Concepts in Atlanta and has finished seven of his nine wins via knockout. A veteran of both the Legacy FC and Valor organizations, Usher most recently knocked out Chase Gamble in the second round in the NFC 104 main event in April.

In the “Road to M-1 Global 2” co-main event Russian submission ace Vadim Ogar (7-2) will go up against UFC vet and Cuban knockout artist Yoislandy “Cuba” Izquierdo (10-4) in a classic grappler vs. striker lightweight showdown not to be missed. Ogar is a 27-year-old K-Dojo Warrior Tribe product, a CFFC and WSOF veteran and has finished nearly all of his professional victories via submission. Izquierdo is a 34-year-old Havana native training out of Young Tigers in Miami who has finished seven of his 10 career wins via knockout. “Cuba” had a clean sweep of the CFA lightweight tournament in 2011 which earned him a two-fight stint in the UFC in 2012.

With many more highly competitive matchups soon to be announced, “Road to M-1 Global 2” will showcase pro MMA’s cream of the crop talent inside “The Rage” in what is sure to be the most entertaining fighting event the Southeast has seen in years. You don’t want to miss it! Stay tuned for more updates on this exciting event and visit Angel Fight Promotions on Facebook or M1GlobalUSA.com for further details.