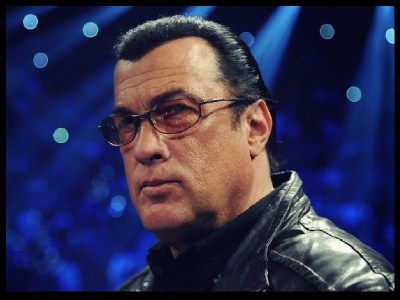 The #MeToo movement has now come to actor Steven Seagal’s doorstep. There have been accusations over the years about his alleged advances on actresses in his trailers, sex trafficking, sexual harassment, and a heap of other offenses. Now two more women have come forward accusing Seagal of rape and sexual assault. Official reports have been filed with the LA police.

Regina Simons and Faviola Dadis opened up about the accusations during a press conference with attorney Lisa Bloom. Seagal told Info Wars host Alex Jones that those who have come forward had “lied and been paid to lie about me without any evidence, any proof, any witnesses.” He also said. “This is just a complete tragedy.”

Seagal implied a vast conspiracy was afoot, saying, “This isn’t just me but hundreds of people around the world…many of those people are completely innocent.”

We will see this through to the end. Steven Seagal may be a big action star, but it is Faviola and Regina who are taking action now.