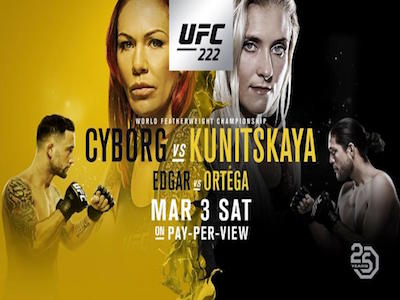 Here’s how to watch the UFC 222 pay-per-view live stream online.

Stick with us right here at Pro MMA Now for live results of all the action.

Late punches from Hector Lombard against CB Dollaway gets him disqualified

Just a tad after the bell by Hector Lombard… #UFC222 pic.twitter.com/xfJT0FlgTo