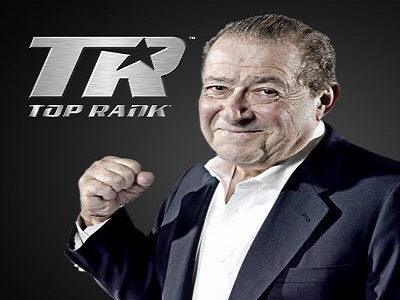 Top Rank CEO Bob Arum spoke with NY Fights about Dana White’s comments regarding potentially having boxing fights under the UFC banner. To be fair, Arum is a boxing promoter and the thought of a company with money and celebrity behind it would surely make him nervous. Still, he was unafraid to speak his mind.

My thoughts are that UFC is desperate. Their numbers are way off, they have no marquee star. Look at their PPV numbers. They barely break 100,000 homes on their shows. They’re having trouble getting renewal on their contract with FOX. They have to do something. One of things they may try and fall back on and try and acquire a boxing presence. About a year ago, I was approached by someone repping UFC, they wanted to buy Top Rank.

This part I will give him a pass on. He slams the UFC for paying fighters far less than they are worth and you’ve read my thoughts on the embarrassing Reebok sponsorships. Check it out.

You have to understand, UFC is a monopoly, the money they earn on a fight because they pay their athletes 20 percent of the gross, we pay around 80 percent, what they say they’re investing back in the business, they’re investing in themselves, they put money in their pockets! That’s not investing in anything.In boxing, there are a large number of promoters, and when a  promoter has a successful event and there’s a profit he earns, he puts it back in the company. What the fuck is White talking about? White is speaking from desperation now, he’s the spokesperson for what could be a failing business!

Tell us how you really feel Bob.